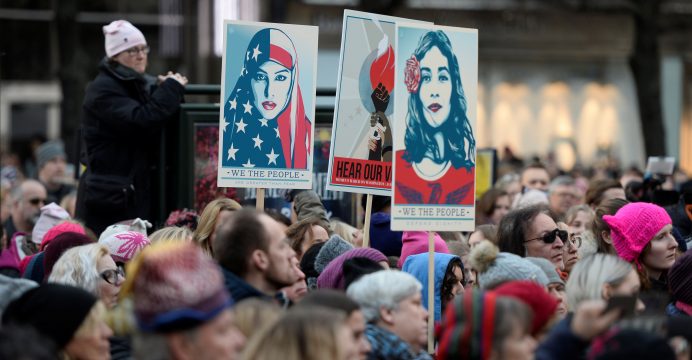 Munira Ahmed, a 32-year-old freelancer from Queens in New York City, became one of the symbols of resilience during the Women’s March that took place last Saturday.

Ahmed told Al Arabiya English that the photo was originally taken by New York-based photographer Ridwan Adhami for the cover of a publication geared towards Muslim-Americans, called ‘Illume Magazine’.

She said the picture was taken in front of the New York Stock Exchange building which was near where the World Trade Center towers once stood. 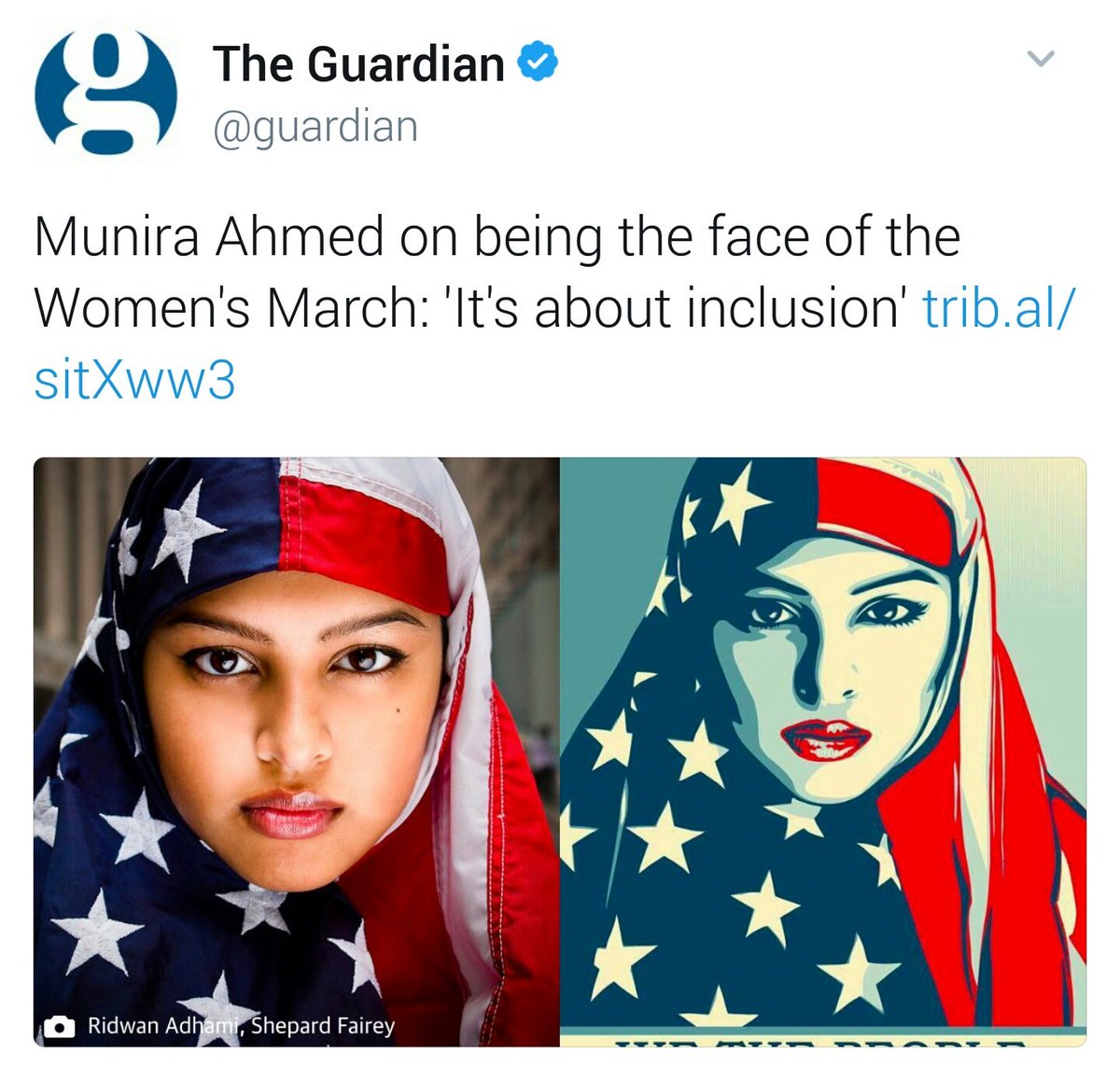 “I felt it was powerful and symbolic and necessary at the time, to show we are here, and we are unapologetically Muslim-American,” Ahmed said.

Ahmed explained that she felt overjoyed that out of all the photos, this specific one was chosen as the banner for the march.

The photo was chosen by The Amplifier Foundation and illustrated into a graphic image by Shepard Fairey .

Ahmed said to her, it was much bigger than herself, her face, or the flag.

“It’s become a new symbol for progress, hope empowerment, and inclusion,” she said.

“The message I personally wanted to convey is that a person who is American is no less Muslim than anyone else. A person who is Muslim is no less American than anyone else. These things are not mutually exclusive. In a way, I feel that Americans that are Muslim can be seen as being more Islamic-minded, because here you have the freedom to choose your faith, or change your faith, or not hold any faith, without fear of persecution, and you are still standing tall as a Muslim.”

She is the eldest of two daughters, explaining that she is very close to her younger sister. Her father is a pharmacist while her mother is a former travel agent turned activist and community leader.

Ahmed, who is regarded by many as a free spirit and a comedian said she faced discrimination even before Trump’s election season.

“Nowadays, the discrimination I face on a consistent basis is whenever I return to America after traveling abroad. While going through customs at the airport, I am always processed for secondary questioning, even though my American passport clearly states this it is my place of birth. I know it definitely has to do with my name being Munira Ahmed,” she added.