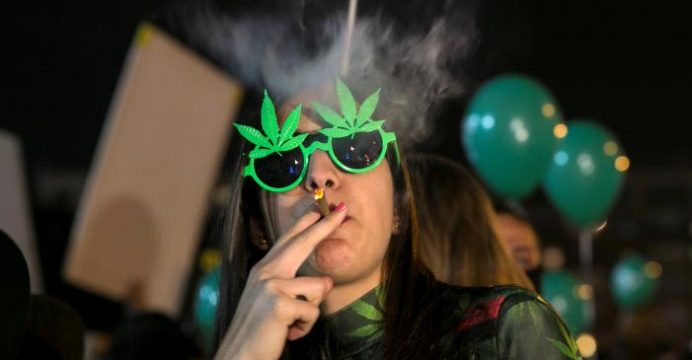 Israel votes in favor of decriminalizing recreational marijuana use

The Israeli government voted on Sunday in favor of decriminalizing recreational marijuana use, joining some U.S. states and European countries who have adopted a similar approach.

“On the one hand, we are opening ourselves up to the future. On the other hand, we understand the dangers and will try to balance the two,” Prime Minister Benjamin Netanyahu told his cabinet in broadcast remarks.

According to the new policy, which must still be ratified by parliament, people caught smoking marijuana would be fined rather than arrested and prosecuted. Criminal procedures would be launched only against those caught repeatedly with the drug. Selling and growing marijuana would remain criminal offenses in Israel, reports Reuters.

“Israel cannot shut its eyes to the changes being made across the world in respect to marijuana consumption and its effects,” Justice Minister Ayelet Shaked said in a statement.

A worker harvests cannabis plants at a plantation near the northern town of Nazareth, Israel

Shaked said Israeli authorities would now put their focus on education about the possible harmful effects of drug use.

Marijuana use is fairly common in Israel. The United Nations Office on Drugs and Crime has said that almost nine percent of Israelis use cannabis, though some Israeli experts believe the numbers are higher.

Israeli police figures showed only 188 people were arrested in 2015 for recreational use of marijuana, a 56 percent drop since 2010, and many of those apprehended in that time were never charged.

About 25,000 people have a license to use the drug for medicinal purposes in Israel, one of the world leaders in medical marijuana research.

In February, a government committee gave an initial nod for the export of medical cannabis, though final legislative measures will likely take months.