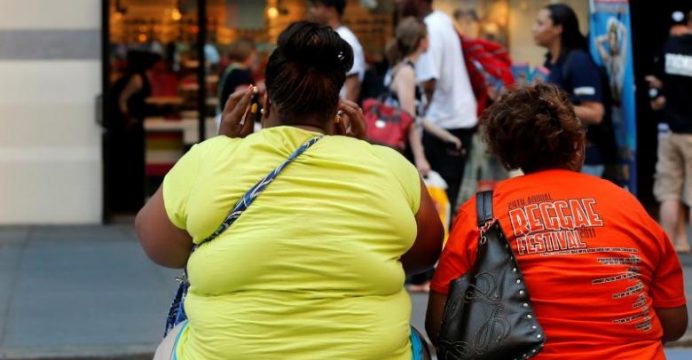 Obese people in the U.S. may not receive the same kind of care at the end of their lives

Obese people in the U.S. may not receive the same kind of care at the end of their lives as people who are thin or normal weight, suggests a new study.

“People with obesity deserve high-quality care, but may not be receiving it at the end of life,” said lead author Dr. John Harris, of the University of Pittsburgh School of Medicine in Pennsylvania.

More than a third of U.S. adults are obese, according to the U.S. Centers for Disease Control and Prevention. Harris and his colleagues note in the Annals of Internal Medicine that aside from health risks, obesity may present technical and logistical challenges during physical examinations and certain medical procedures.

Previous research also shows that stigma about weight affects how doctors and patients behave, they write. To see how body weight is linked to healthcare at the end of life, the researchers used data collected between 1998 and 2012 from 5,677 people on Medicare, the U.S. government’s health insurance program for the elderly and disabled.

None of the participants were living in nursing homes or other institutions. The data were drawn from the last six months of their lives.

A 5-foot-5-inch person weighing 120 pounds would have a BMI of 20, in the normal range. A person of the same height who weighed 240 pounds would be morbidly obese, with a BMI of about 40. The National Heart, Lung and Blood Institute provides a BMI calculator online.

Hospice care, which can be provided in the home or at a facility, provides physical support, including pain control, and emotional support for patients and families dealing with terminal illnesses.

When people with a BMI of 40 did receive hospice care, it was typically for a shorter time than normal-weight people.

“It looks like people weren’t getting enrolled, and they got there later if they were enrolled,” Harris told Reuters Health.

The researchers also found that obese people had lower odds of dying at home, which is a typically a wish for people at the end of life. Their likelihood of dying at home was 55 percent, compared to 61 percent for normal-weight patients.

The study can’t say why these gaps exist, but the researchers suggest it may have to do with obese people looking less gaunt toward the end of life and not being referred for hospice. Or, they may be unable to find a hospice program that can accommodate their healthcare and family’s needs. The healthcare systems

The healthcare systems needs to make sure it’s offering everyone the same level of care, said Harris.