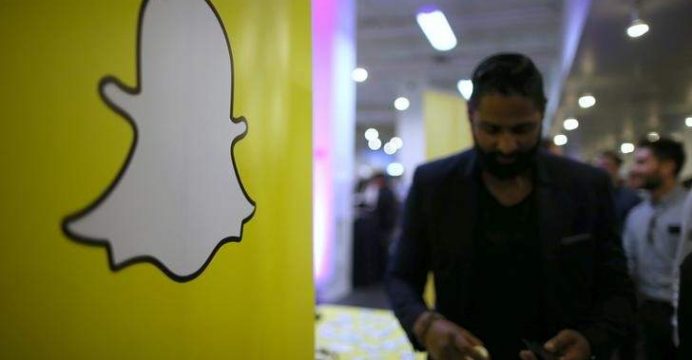 Comcast Corp’s NBCUniversal has invested $500 million in Snapchat owner Snap Inc, according to a memo on Friday, its latest move aimed at driving digital growth as more viewers go online for their favorite content.

Like other traditional U.S. media companies, NBCU is pushing more into digital media, and over the past 18 months it has invested $400 million in online publisher Buzzfeed and $200 million in Vox Media, operator of The Verge and Recode news, reports Reuters.

The latest investment was made as part of Snap’s $3.4 billion initial public offering, NBCUniversal Chief Executive Steve Burke said in a memo to employees. Snap priced the IPO above its target range on Wednesday as investors set aside concerns about the company’s lack of profits and slowing user growth.

Specialist Trader Glen Carell (R) gives a price for Snap Inc. during the company’s IPO on the floor of the New York Stock Exchange in NY

Snap shares surged in their first day of trading on Thursday, closing 44 percent above their $17 IPO price to give the company a market value of $28.3 billion. Shares were last up 8 percent on the day at $26.54.

Investing in the IPO makes sense for NBCU given how popular Snapchat is as a marketing platform for programmers and studios to reach millennials, said Brian Wieser, an analyst with Pivotal Research.

NBCUniversal has already launched entertainment programs such as The Voice, SNL and E! News’ The Rundown on Snapchat, and said in its memo that it expects to launch more shows on the disappearing-message app in the coming weeks.

Earlier on Friday, CNBC reported that Snap’s stock allocation to NBCUniversal appeared to be the only one made to a new strategic investor, which would make it the lone U.S. media company with a stake. NBCUniversal has agreed to hold Snap’s shares for at least a year, according to CNBC.

Snap disclosed last month that it expected investors buying up to a quarter of its shares in the IPO to agree not to sell them for a year.

NBCUniversal courted Snap co-founder Evan Spiegel for the past year, CNBC said, and both companies have been working on deepening their relationship.

Snap declined to comment beyond details noted in its prospectus and other U.S. Securities and Exchange Commission filings. Comcast shares were marginally lower in late morning trading at $37.34.