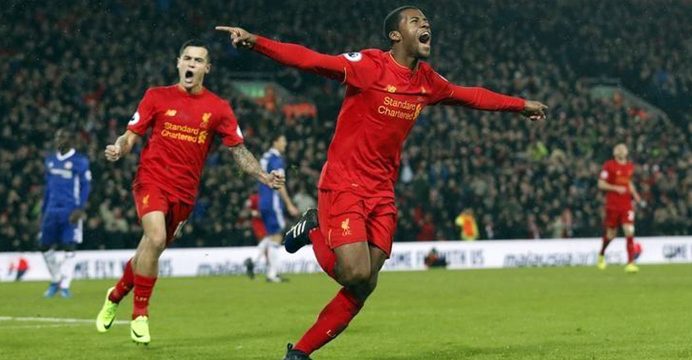 Liverpool reported a 19.8 million pounds pre-tax loss for the year ended May 31, 2016, mainly due to investment in players, despite overall revenue rising to a record 301.8 million pounds.

The English Premier League club’s financial results reveal a significant drop on the 60 million pounds pre-tax profit posted the previous year, which was mainly due to the sale of their Uruguay striker Luis Suarez to Barcelona.

The cost of sacking manager Brendan Rodgers in October 2015, the appointment of Juergen Klopp and his backroom staff and the recruitment of 12 new players contributed to the loss.

Strikers Roberto Firmino and Danny Ings, midfielder Marko Grujic and defenders Nathaniel Clyne and Joe Gomez were among the players added to the squad during the year.

Despite failing to qualify for the Champions League, Liverpool’s overall revenue rose by 3.9 million pounds, largely due to the Merseyside club reaching the Europa League and League Cup finals last season.

Liverpool were the only club in the top 10 of the Deloitte Football Money League not playing in the Champions League last season.

“The increase in the underlying revenue adds further strength to the club’s financial position,” Liverpool’s chief operating officer, Andy Hughes, said in a statement on the club website. (www.liverpoolfc.com)

Commercial revenue was affected by building a new main stand at Anfield, restricting access to the stadium on non-match days.

“All three main revenue streams continue to show strength and commercial revenues held firm irrespective of the impact of the main stand at Anfield,” Hughes added.