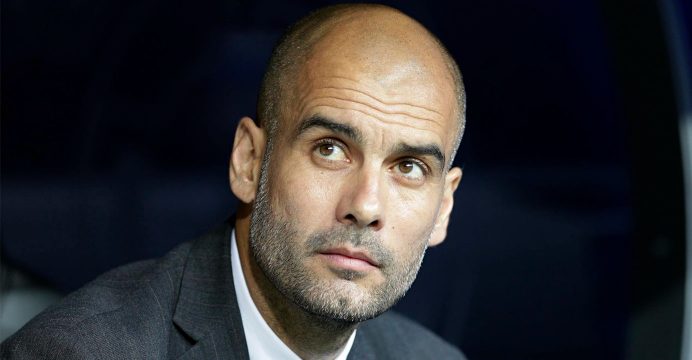 “If not, they would say: What happened? What can we do? What do we need to improve? That’s the process. To finish the process, they are going to help us.

“We didn’t speak about targets. They will be happy if we win. I know we have to win but I’ve handled that in the past and I will in the present.”

City are third in the Premier League, 11 points behind leaders Chelsea, who have played one game more, and face second-tier Huddersfield Town in an FA Cup fifth-round replay on Wednesday.

Guardiola’s men also hold a 5-3 advantage from their Champions League last-16, first-leg tie against French side Monaco, who they face in the return leg in France on March 15.

The manager said he would wait until the season is over before taking a call on the future of several of his players, including goalkeeper Joe Hart.

Hart, who is England’s first-choice keeper, has joined Italian side Torino on loan, with Guardiola signing Claudio Bravo from Barcelona as a replacement. Guardiola has rotated between Bravo and Willy Caballero this season.

“I’m so happy with Willy and Claudio,” Guardiola added. “We are going to talk about (Hart’s future) at the end of the season.”

“I trust a lot in both and we’ll decide – not just the goalkeepers, the midfielders, wingers, strikers, full-backs – we are going to decide at the end of the season.”

Caballero is out of contract in June along with midfielders Jesus Navas and Yaya Toure. So are defenders Gael Clichy, Pablo Zabaleta and Bacary Sagna.