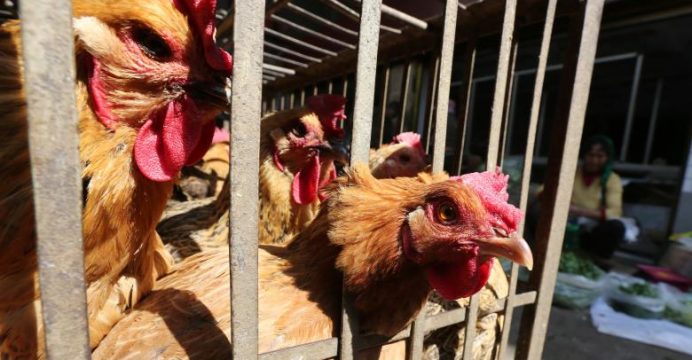 The risk of sustained human-to-human transmission of H7N9 bird flu in China is low, the World Health Organization said on Wednesday, but a surge in human cases there is worrying and requires constant monitoring.

Outbreaks of H5 bird flu strains in poultry and wild birds across Europe, Africa and Asia are also raising concern, the WHO said, and while the human risk of these outbreaks is also low for now, vigilance is vital, reports Reuters.

“Constant change is the nature of all influenza viruses – this makes influenza a persistent and significant threat to public health,” Wenqing Zhang, head of the WHO’s global influenza program, told reporters in a telephone briefing. 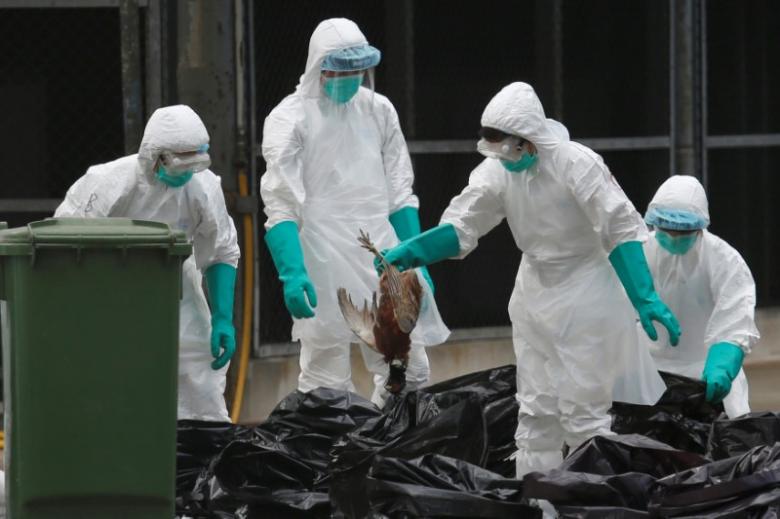 Health officers cull poultry at a wholesale market, as trade in live poultry suspended after a spot check at a local street market revealed the presence of H7N9 bird flu virus, in Hong Kong

China is currently seeing a fifth wave of H7N9 bird flu in humans – a virus that was first detected in people in 2013. Since October 2016, a total of 460 laboratory-confirmed human H7N9 infections has been reported in China, a figure that exceeds previous seasons and accounts for more than a third of total cases since 2013. So far, H7N9 has killed around a third of people it has been known to infect.

While this surge is concerning, the WHO said, there is still no evidence that the epidemiological characteristics of human infections – such as the age and gender of those infected, their exposure history and the case fatality rate – are changing.

Zhang noted, however, that around 7 percent of the human cases of H7N9 this year are showing resistance to anti-viral drugs known as neuraminidase inhibitors. These medicines, including Roche’s well-known drug Tamiflu, or oseltamivir, are recommended as flu treatments.

The WHO said it was watching these developments, but said there was no reason to recommend changes in how patients are treated for now.

With H5 bird flu strains, multiple outbreaks have been reported in poultry farms and wild flocks across Europe, Africa and Asia in the past three months. The WHO said more than 1,000 outbreaks had been reported to the United Nations Organization for Animal Health (OIE) in Paris.

Most involve strains that are low risk for humans, but virologists and public health specialists are worried that the sheer number of different types and their presence in so many parts of the world at the same time, increases the risk of viruses mixing and mutating, and possibly jumping to people.