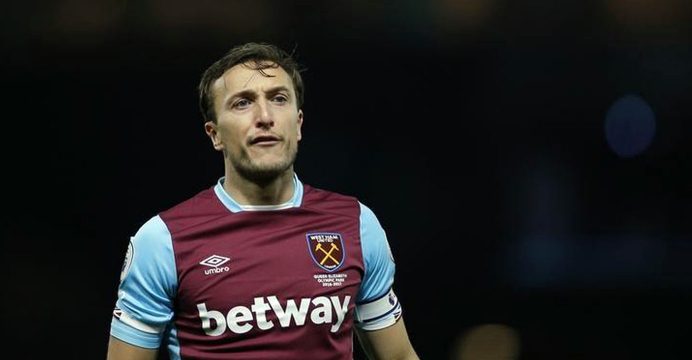 West Ham United captain Mark Noble has backed his side to repeat their League Cup victory over Chelsea in October when the teams meet in the Premier League at the London Stadium on Monday, reports Reuters.

West Ham, who are ninth in the table, have lost just once in their last six league games but will be the underdogs when they come up against a formidable Chelsea side that appear on course for the title with a 10-point lead at the top of the standings.

“We’ve beaten Chelsea once already this season and although they have won again this weekend and they are absolutely flying, it’s a London derby under the lights,” midfielder Noble told British media.

“I hope we can generate another really good atmosphere and a strong performance.”

West Ham’s win against Chelsea was marred by fan violence which led to more than 50 home supporters being banned from the London Stadium.

The club and stadium operators will increase the number of stewards and police to ensure wider separations between rival supporters in an effort to avoid a repeat of the untoward incident.

“Maybe we didn’t get enough credit for knocking Chelsea out of the League Cup because, for a time, whenever we won at home, it was overshadowed by crowd trouble, the atmosphere or people moaning,” Noble added.