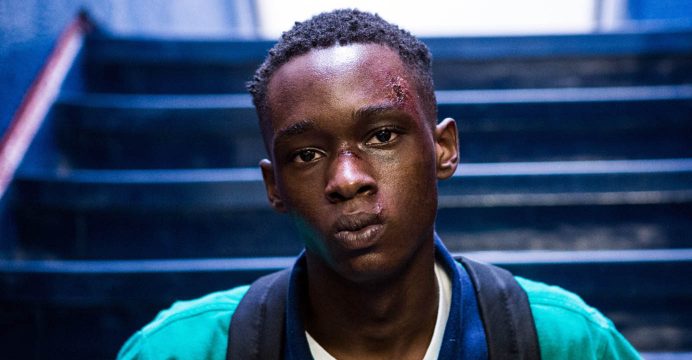 Too often, the stories portrayed in the news around the crumbling pastel apartment units in Miami’s Liberty City tell of violence and bloodshed, of young lives cut short by drugs or guns.

But the movie “Moonlight,” which won three Oscars including the top best picture prize, has inspired hope that new narratives can emerge from this impoverished area, which was once a source of pride for those who live here, reports bss.

“A lot of people think that our community is a bad community, and it is not,” said Natalie Joy Baldie, artistic director of the Performing and Visual Arts Center at Miami Northwestern Senior High School, the alma mater of director Barry Jenkins and where three students were recruited for minor roles in the film.

“We are tough, we are smart, we are talented, we are gifted and we do what we need to do,” she told AFP.

Not only was the film the first movie made in Miami to win the Academy Award for best picture, it also earned Mahershala Ali accolades for best supporting actor — the first Oscar ever for a Muslim actor. “Moonlight” also won the Oscar for best adapted screenplay.

The movie is based on a play by Tarell McCraney — titled “In Moonlight Black Boys Look Blue” — which he has described as a semi-autobiographical account of events from his own life, growing up gay in Liberty City.