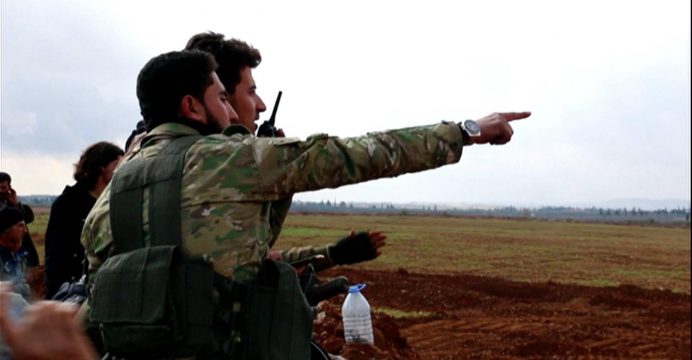 Turkey-backed Syrian rebel groups clashed with government forces near a city in northern Syria that the rebels recently captured from Islamic State, sources on both sides said, the second such confrontation in the region this month.

The fighting late on Sunday took place in an area where the sides are waging separate campaigns against Islamic State, reports Reuters.

Russia, which backs the Syrian government, mediated to bring an end to the confrontation, according to a source in the military alliance fighting in support of President Bashar al-Assad. Russia also intervened to halt the previous clash.

The latest incident occurred near the city of al-Bab, which Free Syrian Army (FSA) rebels captured last week from Islamic State. Syrian government forces on Sunday announced the capture of the town of Tadef, 4 km (2.5 miles) to the south.

A rebel official in touch with one of the FSA groups taking part in the Turkey-backed campaign in northern Syria said rebels had opened fire on Sunday in response to an attempt by government forces to advance closer to al-Bab.

A Syrian military source said the rebels had “targeted our forces in Tadef with artillery and machine guns”. The source, who described the FSA factions as “terrorist groups that belong to Turkey”, gave no casualty toll.

Earlier this month, a senior Russian official said Tadef marked an agreed dividing line between the Syrian army and the Turkey-backed forces.

Turkey, a major backer of Syrian opposition to Assad, last year began cooperating with Russia in Syria. With Moscow, it has co-sponsored a ceasefire between government and rebel forces in western Syria.