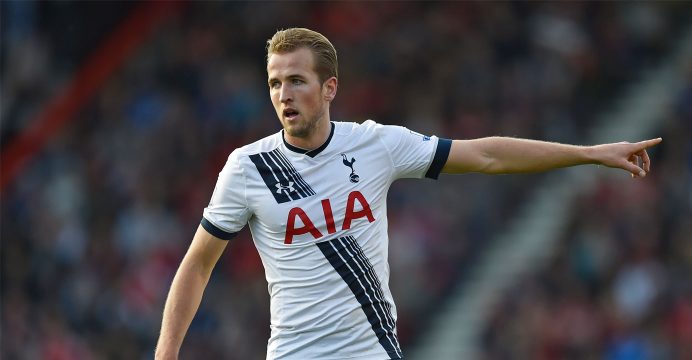 Kane growing into a Tottenham legend

Mauricio Pochettino believes Harry Kane is on course to becoming a Tottenham Hotspur great after the striker scored the 100th club goal of his career.

Kane, 23, scored a first half hat-trick in his club’s 4-0 victory over Stoke City, reaching the century mark with his first goal and ending the game with his season tally on 22 goals.

The striker’s effort helped Spurs bounce back after the disappointment of going out of the Europa League against Gent this week and Pochettino believes Kane’s all-round display confirmed his qualities as one of the world’s most dangerous forwards.

“Harry has the profile to be a legend (at Tottenham),” said the Spurs manager. “Maybe he’s starting to be a legend with the goals he’s scoring and the way he behaves.

Pochettino added: “He is one of the best. I am pleased for him. He deserves it (to reach 100 goals). He is very professional, a top man and I’m very happy.

“This is not new for me. I’ve said many times for me one of the best strikers in the world.”

He said: He either takes chances or creates them or he’s involved in the creation of chances, always involved at the sharp end.

“There’s great movement around him and that causes consternation. He benefits from that. He’s in a good team and he’s a good player and when it all clicks they’re very difficult to stop.”

Kane also set up Dele Alli for his side’s fourth goal as the midfielder delivered the ideal response after being sent off against Gent.

Alli was heavily criticised for the first half challenge that brought a straight red card and the player admitted it had been a difficult 72 hours.

He said: “It has been a difficult week for me. I felt horrible after the game in the week. I’m delighted to respond like this today.”

And his manager offered his full support for the 20-year-old. “Our conversations are private but I gave more love than normal,” said Pochettino.

“He’s very mature and he showed that today. I am happy for him because he was sad and disappointed. He is only 20 years old. I will always protect and support him.

“For me, he is one of the best young players in the world. I will always protect him. His character and the way he behaves, sometimes can make a mistake but I want him on the pitch and I want him next to me.”

The win moved Tottenham up to second place and while the gap to leaders Chelsea remains a daunting ten points, Pochettino insists he has not given up hope of chasing down Antonio Conte’s side.

He said: “Ten points is a big gap, but we keep going and believe. We try to put on pressure.”

Hughes was left frustrated at his side’s display and demanded improvements ahead of Stoke’s next game against Middlesbrough.

He said: “We’ve been in decent form and need to get back. It’s a big game against Middlesbrough and we need to be significantly better than we were. Spurs are a good side, give them credit. But every one of the goals (was) poor from our point view.”