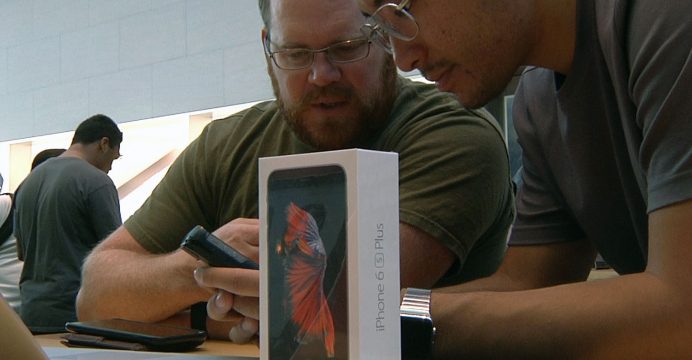 Apple and SAP to release tool to build business apps

Currently, most of SAP’s systems are used on personal computers rather than on mobile devices. SAP plans to change that by working directly with Apple on software tools that will make it easier to access data on SAP systems from apps on an iPhone or iPad, an effort that began last spring, reports Reuters.

The tool could, for example, let employees log into business apps with fingerprint readers common on iPhones rather than a password, or replace bulky inventory scanning guns used in warehouses with iPhones.

“The collaboration between our two firms is unparalleled from an engineering standpoint,” said Rick Knowles, a senior vice president at SAP. “Every five to six weeks, we’ve put our developers in the room with Apple’s lead engineers to do a code-level review.”

With growth in iPhone sales losing steam, Apple has increased its efforts to sell to large businesses. In 2014, Apple launched a partnership with IBM Corp to help build custom iOS applications for businesses. In 2016, Apple made a deal with Cisco to make iPhones work better on Cisco’s networking gear, and it also partnered with Deloitte & Touche LLP [DLTE.UL] to encourage more businesses to build iOS applications.

The SAP partnership also gives iOS developers a new way to gain revenue in an era when most of the App Store’s growth is driven by downloads in China and by game makers. Apple said earlier this year that developers made $20 billion from the App Store in 2016, an increase of 40 percent from 2015.

But according to App Annie, an analytics firm that tracks App Store metrics, iOS downloads were up only 12 percent in 2016 to 30 billion apps, and 80 percent of download growth for iOS apps came from China. Moreover, 75 percent of revenue generated in the App Store came from games, App Annie reported.