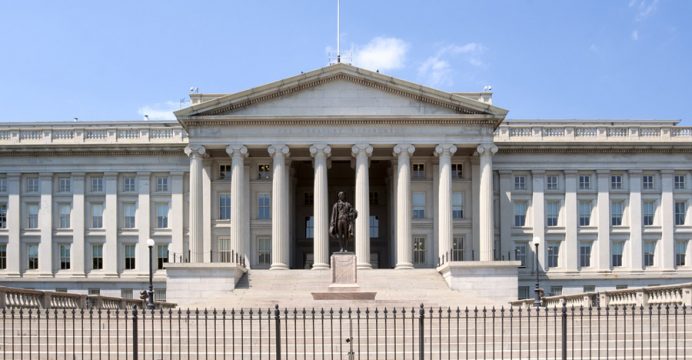 The United States has rekindled interest in ultra long-term debt, including possibly a rare century bond, to lock in the current very low borrowing rates.

“I think it’s something that we should seriously look at,” newly-installed US Treasury Secretary Steven Mnuchin said on Thursday.

He said he already has talked to Treasury staff about the possibility and will discuss the idea with investors and market participants to gauge interest, reports BSS.

This would represent a historic shift in the $14 trillion Treasury debt market, as the longest maturity bond currently is 30 years.

Many countries have 50-year debt, like Italy, France, Spain, Great Britain and Canada, while Mexico, Ireland and Belgium have issued 100-year bonds.

The Treasury under former president Barack Obama considered the idea of taking advantage of the historically low-interest rates to issue the ultra long-term debt, but never pulled the trigger, largely due to political considerations, economists say.

The idea “has come up on occasion but hasn’t got a great deal of sponsorship in Washington,” said Jim Vogel, vice president of FTN Financial.

“Washington policymakers prefer to give the impression that they will be retiring debt” rather than creating new instruments to borrow.

Diane Swonk of DS Economics said the long maturities could give the wrong signal.

“It’s something you do when you usually issue a lot of debt,” she told NPR radio. “Are we talking about a government that wants to signal it’s going to go into a lot more debt from a record high debt levels?”

On its face, it makes sense for the government to borrow over the long term at lower cost, before the Federal Reserve raises the benchmark lending rate, as it has signaled it expects to do very soon.

These new bonds “should bring some savings” in debt service costs, Vogel said and would allow for more borrowing without putting upward pressure on the yields of other popular bonds at the 30-, 10- or five-year maturities.

Still, it would be a delicate balancing act to introduce these new debt instruments, which must be “large enough to create liquidity but not so large that if it doesn’t work or if it falls out of favor that it will become an albatross that they have to shut down,” he said.

But other economists question whether there would be sufficient interest in buying the debt of 50 or 100 years which would be more vulnerable to inflation. While rising prices are hardly a concern in the US economy currently, there have been bouts of high inflation in the not too distant past.

Laurence Kotlikoff, economist, and professor at Boston University, said: “They have to be inflation indexed. That’s pretty critical otherwise, you take a big bet on what inflation is going to be for the next 50 or 100 years.”

Great Britain has issued long-term securities linked to inflation, and the US Treasury offers inflation-indexed five-, 10- and 30-year bonds, which Vogel said seem sufficient for the market demand.

But Kotlikoff cautions that if inflation were to follow the same path as in the last 100 years, prices will rise 200 percent, which means that a dollar invested will be worth half a penny in a century.

“This security would likely mislead the public who would typically be fooled by inflation, and subject to what we call ‘money illusion,’ and lose over time a significant part of the savings,” said Kotlikoff, who is known for his strong positions on the dangers of fiscal deficits.