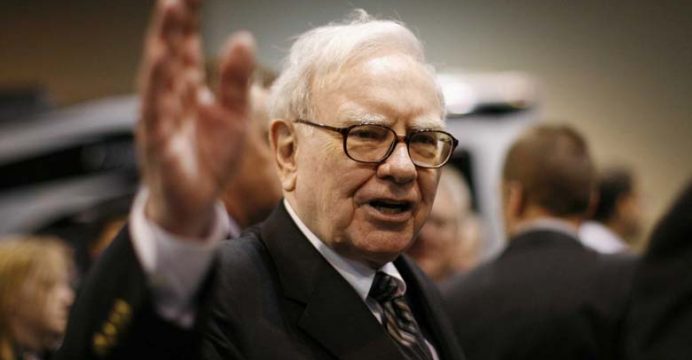 Berkshire Hathaway Inc is sitting on more than $1.6 billion of gains in its investment in Apple Inc.﻿

Warren Buffett’s Berkshire Hathaway Inc is sitting on more than $1.6 billion of gains in its investment in Apple Inc. after shares of the iPhone maker surged.

Berkshire revealed that its massive stake in Apple stock, as of Dec. 31, had risen to 61.2 million shares for a total of $6.75 billion, an average of about $110.17 apiece, according to the annual report Saturday from Berkshire, reports Reuters.

As of Friday’s closing price of $136.66, Berkshire’s holding of Apple was valued at more than $8.3 billion. Berkshire became one of the top 10 Apple investors in 2016, taking a stake of more than 9 million shares in the first quarter and then accelerating purchases in the last three months of the year.

An Apple iPhone 7 and the company logo are seen in this illustration picture taken in Bordeaux, France

“I think Buffett likes Apple because of the hold or control that they are gaining over the lives of above-average income Americans and people around the world,” said Bill Smead of Smead Capital Management.

“Buffett knows that people have become addicted to Apple products and he invests in these addictions.”

The Apple investment appears to reflect much of the $12 billion of stock that Buffett said he had bought between the Nov. 8 Presidential election and the end of January.