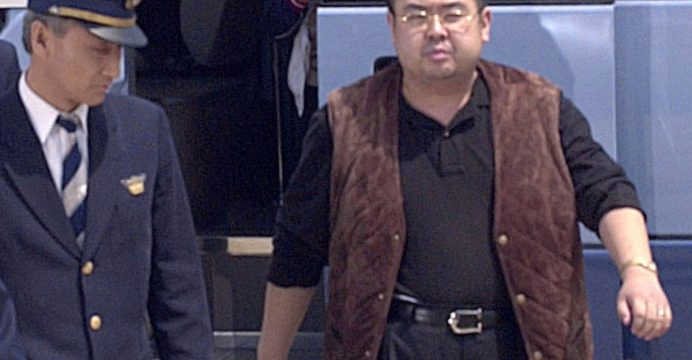 Malaysia will sweep one of the terminals at Kuala Lumpur international airport for toxic chemicals after Kim Jong Nam was murdered there with a nerve agent last week, as authorities said they would issue an arrest warrant if a North Korean diplomat wanted over the death did not come forward.

Kim Jong Nam was murdered on Feb. 13 at the budget terminal of Kuala Lumpur’s main airport with VX nerve agent, a chemical classified by the United Nations as a weapon of mass destruction, reports Reuters.

The police forensic team, fire department and the Atomic Energy Licensing Board will be conducting the sweep at the airport, Malaysian cops said in a statement on Saturday.

The airport terminal will not be closed, but the search areas would be cordoned off, a police official told Reuters.

VX is one of the deadliest chemical weapons created by man: just 10 milligrams of the nerve agent or a single drop is enough to kill in minutes, experts have said.

Kim Jong Nam was waiting at the departure hall when he was attacked by two women who splashed his face with the liquid. He died en route to hospital.

Malaysian police on Friday said one of the women had suffered from the effects of VX and had been vomiting.

The two women – one Indonesian and one Vietnamese – have been detained, along with a North Korean man. Seven other North Koreans have been named as suspects or are wanted for questioning.

Malaysian police are also sweeping other locations in Kuala Lumpur the suspects may have visited. 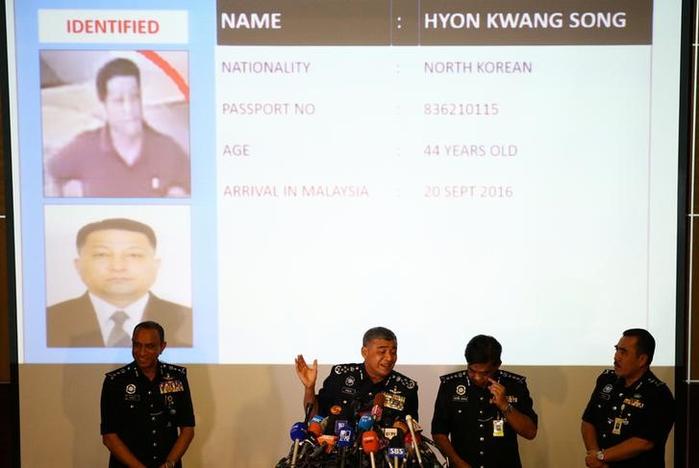 Selangor state police chief Abdul Samah Mat said earlier on Saturday authorities raided an apartment in an upscale Kuala Lumpur suburb earlier this week in connection with the killing, and were checking for any traces of chemicals in the apartment.

Samah also said 44-year-old Hyon Kwang Song, a second secretary at the North Korean embassy in Kuala Lumpur, wanted for questioning in the murder has yet to come forward. He is one of the seven North Koreans wanted in connection with the case.

“Reasonable” time will be given for the diplomat to come forward before police take further action, Samah said, adding that if the diplomat did not cooperate, the police would issue a notice under Malaysian law, compelling him to appear before the investigation team.

“And if he failed to turn up upon given this notice, then we will go to the next step by getting a warrant of arrest from the court,” he told reporters.

It was unclear if the embassy official can be detained since police have said he has diplomatic immunity.

Four others are believed to have fled to North Korea, while two are still in Malaysia. The whereabouts of another North Korean, Ri Ji U, are unknown, Samah said.

Meanwhile, Indonesian embassy officials on Saturday met with their national Siti Aishah – one of the suspects detained in connection with the murder – for the first time since her arrest.

Aishah told embassy officials that she believed she was part of a reality television show when she lunged at Kim Jong Nam at the airport with what she believed was baby oil.

“She only said in general that somebody asked her to do this activity… She said she was given a kind of oil, like baby oil,” Indonesian deputy ambassador Andreano Erwin told reporters after meeting Aishah.

She will be detained until March 1, after which police will decide whether to prosecute or release her, Erwin said.

Vietnamese officials also met with their national but declined to comment.

Malaysian police have said the two women had rehearsed the attack before carrying it out and had been instructed to wash their hands afterwards.