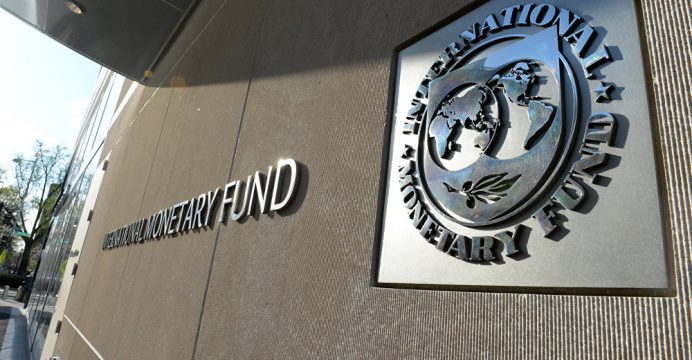 In a not so subtle jab at European officials and their dealings with Greece, the IMF on Thursday issued a warning against pretending that “unpayable debts” can be repaid.

In a blog written by the International Monetary Fund’s chief Greece negotiator, its chief economist, and its general counsel, the fund rarely mentions the crisis-ridden country by name.

But the descriptions clearly fit Greece’s current negotiations with its eurozone partners, which have been a source of months of conflict with the IMF, reports BSS.

The IMF repeatedly has said Greece’s debt is not sustainable, and the country requires debt restructuring, but European governments, especially Germany, have resisted providing more debt relief and dispute the fund’s analysis, instead of calling for more economic policy steps.

The blog, by chief economist Maurice Obstfeld, European chief Poul Thomsen, and Sean Hagan, head of the legal department, warns of the dangers of not facing up to the debt situation.

“Pretending that unpayable debts can be repaid will only sap the effectiveness of the debtor’s adjustment efforts, ultimately making all parties lose more than if they had promptly faced the facts.”

The central focus of the IMF dispute with Europe has been over whether Greece can deliver a primary balance, or budget surplus before debt repayments, of 3.5 percent of GDP, far in excess of the 1.5 percent the IMF says is feasible.

Fund officials have praised the massive effort already made by the Greek people and have cautioned against imposing further austerity, although they say some reforms remain incomplete, including on the tax and pension system.

An IMF report warned last month that Greece’s debt will become “explosive” in the long run without debt relief. When a country’s debt is unsustainable even after a tough reform program, “it is not feasible — either politically or economically — for the problem to be solved through further belt-tightening,” the blog says.

“Any assessment of debt sustainability needs to be underpinned by realistic — rather than heroic — assumptions regarding future growth prospects.”

The months of bickering have delayed progress on Greece’s 86-billion-euro ($92.4 billion) bailout program agreed in 2015. But officials said progress was made this week to bridge the gap.

An IMF team will return to Athens early next week to resume discussions on the economic reforms still needed. However, IMF spokesman Gerry Rice told reporters Thursday the fund continues to insist that Greece will need both reforms and debt restructuring in order for the IMF to participate in the loan program.

While the debt relief can be implemented at a later stage, “we need an up front, credible commitment,” Rice said. “Debt relief is equally important as agreement on policies.”

In the blog post, the officials stressed that “when sovereign debts are unsustainable … some degree of debt relief, coupled with a strong but credible adjustment program, is the only means to make the best of a bad situation.”

The blog also reiterates that the IMF cannot provide funding to countries that face an untenable debt position.

“When sovereign debt is unsustainable, the IMF’s legal framework precludes it from providing financial support unless the program includes specific measures — normally including a debt restructuring — that credibly address the debt sustainability problem within the medium term.”

With such debt creating pressures on the country’s finances, a loan program “that fails to address unsustainable debt is likely to exacerbate such problems because it will create further uncertainty regarding the member’s future,” the IMF officials said.