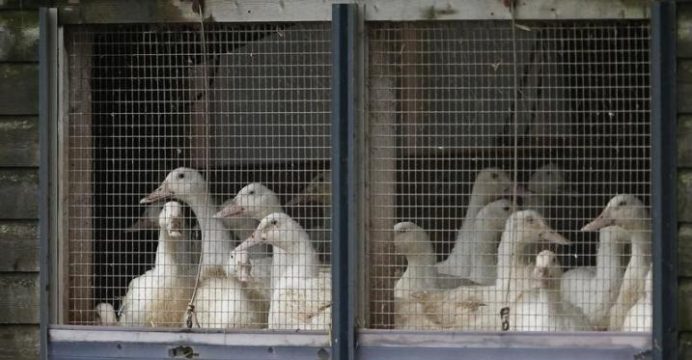 Spain reported a case of the highly contagious H5N8 bird flu virus in a northeastern farm in Catalonia and said it would cull 17,000 ducks, the regional government confirmed on Thursday.

The Central Veterinarian Laboratory in Algete, in the outskirts of Madrid, announced Wednesday night the outbreak in a duck farm near Girona, reports Reuters.

On Tuesday, another H5N8 strain was reported due to a dead stork in a nearby area. Nine farms in total are currently under investigation in Catalonia as a precautionary measure.

The H5N8 strain, which is deadly for poultry but has not been found in humans, has spread across Europe and the Middle East since late last year, leading to the slaughter of hundreds of thousands of poultry and the confinement of flocks indoors.