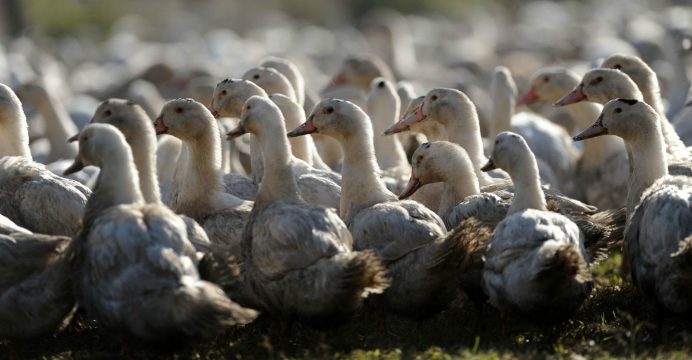 South Korea has confirmed an outbreak of the highly contagious H5N8 bird flu virus at a duck farm in a southwestern county, its first such incident in 15 days, the farm ministry said on Wednesday.

Asia’s fourth largest economy has culled a record number of more than 33 million farm birds, or nearly a fifth of its poultry population, in the battle to contain its worst-ever outbreak of bird flu since November last year, reports Reuters.

This week’s case was reported in Haenam county, more than 390 km (242.33 miles) southwest of the capital, Seoul. It follows the discovery of the same type of virus at a hen farm in the southwestern region on Feb. 6.

About 23,000 ducks reared on the farm have been culled, the agriculture ministry said in a statement, but another suspected case was reported at a hen farm on Wednesday in the central part of the country.

Most of the birds culled in the fight against the epidemic so far were infected with the H5N6 strain of the virus, and no cases of human infection have ever been reported in South Korea.