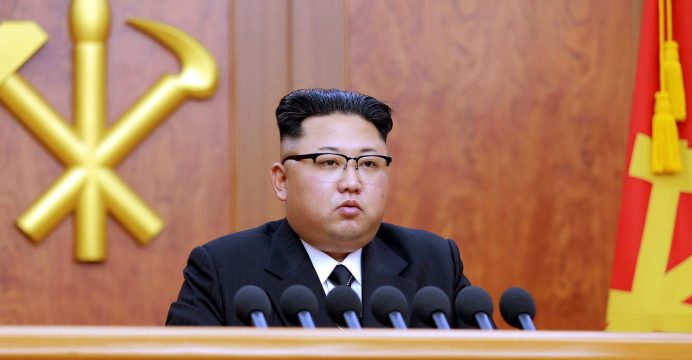 Washington prepares to bring North Koreans to U.S. for talks

Preparations are under way to bring senior North Korean officials to the United States for talks with former U.S. officials, the first such meeting in more than five years, The Washington Post reported on Sunday.

The talks would be the clearest indication yet that North Korean leader Kim Jong Un wants to communicate with the new Trump administration, reports Reuters.

Planning for the “Track 1.5 talks” is still in a preparatory stage, the Post reported, citing multiple people with knowledge of the arrangements.

That name, reflecting planned contact between former U.S. officials and current North Korean ones, is a reference to what are known as “Track 2” talks involving former officials on both sides.

The U.S. State Department has not yet approved the North Koreans’ visas for the talks, the newspaper said.

A State Department spokesman commented to Reuters only that Track 2 meetings “routinely” take place on a variety of topics around the world and occur independent of the U.S. government.

A White House official commented that the U.S. government had no plans to meet with North Korea.

North Korea’s testing of an intermediate-range ballistic missile drew international condemnation last week. President Donald Trump told a news conference after the test: Obviously North Korea is a big, big problem and we will deal with that very strongly.”