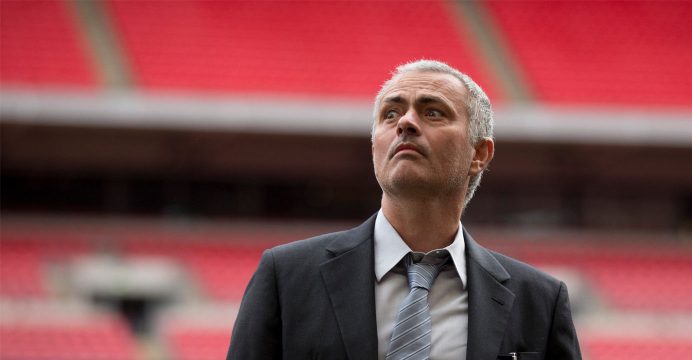 A significant run of cup ties has Manchester United manager Jose Mourinho worried about fixture congestion, but his chances of ending his first season at the club with a major trophy are looking healthy.

Mourinho’s side have won three successive matches without conceding a goal, and are in good spirits as they prepare to make the short journey to face struggling Championship opponents Blackburn in the fifth round of the FA Cup on Sunday.

The United manager actually felt his team were a little too cheerful before Thursday’s 3-0 Europa League last-32 first-leg victory over Saint-Etienne, accusing them of being too relaxed during the warm-up.

It is true United started slowly against their Ligue 1 opponents, but a Zlatan Ibrahimovic hat-trick has put them in a strong position to secure a last-16 place in France next Wednesday.

United are in the midst of a glut of cup fixtures at the moment, with the final of the EFL Cup against Southampton to come at Wembley on February 26, and Mourinho is worried about the effect that may have on their Premier League form.

“With the accumulation of FA Cup, League Cup and matches postponed, it is really hard for us,” the Portuguese handler said.

United won the FA Cup for the first time since 2004 by beating Crystal Palace in last season’s final, and their defence of the trophy has been untroubled so far, with two 4-0 home wins over Championship opponents, Reading and Wigan.