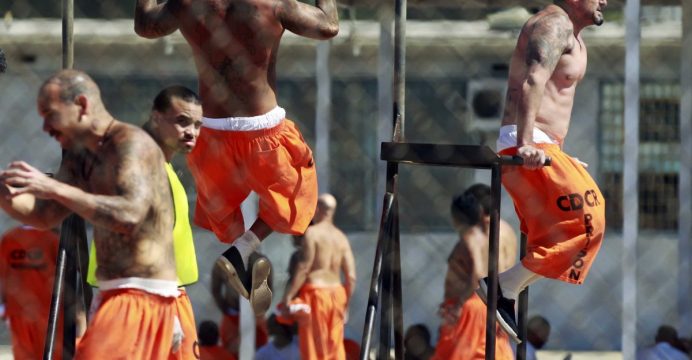 Guards at one of Mexico’s high security prisons have to worry much more about criminals breaking in than busting out.

Despite a price tag of more than 2 billion pesos ($98 million), the Papantla prison built for about 2,000 men in the eastern state of Veracruz does not have a single inmate, and only a handful of staff look after the site.

So it was not surprising that last year, construction materials were stolen from inside the prison perimeter.

“In reality, it’s a white elephant,” Galdino Diego Perez, the legal representative for Papantla’s municipal government, said of the enormous white and gray complex outside of town, reports Reuters.

The Papantla facility is the most egregious example of wasted taxpayer money under a 2008 prison-building plan that aimed to solve chronic overcrowding in Mexico’s prisons and house an influx of new inmates as security forces cracked down on drug cartels.

Under the plan, then-President Felipe Calderon’s conservative government gave out some 176 billion pesos ($8.65 billion) of no-bid contracts to open 15 facilities.

But years later, four of them stand only partially built or are still not open.

Public policy experts say the idle prisons reflect inadequate planning by Calderon’s government, though the facilities that were opened did help reduce overcrowding in the penal system.

Most agree, however, that Mexican taxpayers lost out.

More than 2.5 billion pesos of public money has been spent on two of the four idle prisons – Papantla and another in Monclova in the northern state of Coahuila, according to public records.

The others are several years behind schedule and contractors were promised higher future payments under a new plan of partial privatization.

“The appetite to build is always what ends up motivating them,” said Manuel Molano, an economist at the Mexican Institute for Competitiveness, a think tank in Mexico City. “It’s badly thought out. It’s a chain of stupidities, complicities and errors from the legislative power to the executive.”

Peña Nieto’s office declined to comment. The prison agency, OADPRS, declined to respond to questions for this story.