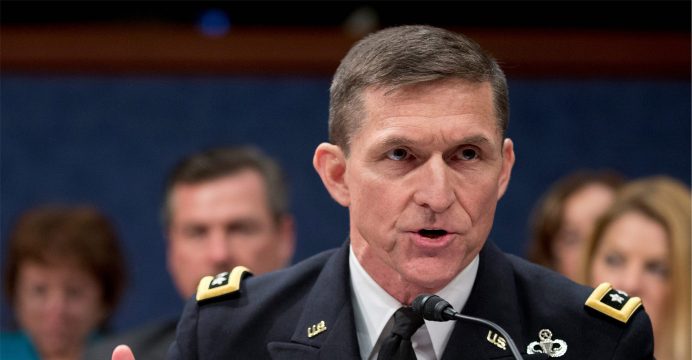 The White House announced Monday that Michael Flynn has resigned as President Donald Trump’s national security advisor, amid escalating controversy over his contacts with Moscow.

In his formal resignation letter, Flynn acknowledged that in the period leading up to Trump’s inauguration: “I inadvertently briefed the vice president-elect and others with incomplete information regarding my phone calls with the Russian ambassador.”

Trump has named retired lieutenant general Joseph Kellogg, who was serving as a director on the Joint Chiefs of Staff, as acting national security advisor, the White House said.