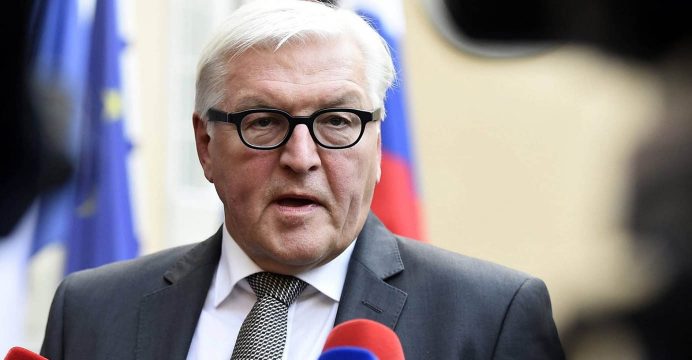 Billed as Germany’s “anti-Trump”, the centre-left former foreign minister Frank-Walter Steinmeier is Sunday set to be elected as the new ceremonial head of state.

The 61-year-old, who regularly polls as Germany’s most popular politician, will represent the EU’s top economy abroad and act as a kind of moral arbiter for the nation, reports Reuters.

Steinmeier is expected to receive a large majority of votes after Merkel’s conservatives, lacking a strong candidate of their own, agreed to back him to replace incumbent Joachim Gauck, 77, a former pastor from ex-communist East Germany.

The vote will be held in Berlin’s glass-domed Reichstag building by a 1,260-strong special Federal Assembly, made up of national lawmakers and deputies sent from the country’s 16 states.

With his snow white hair, round glasses and dimpled smile, Steinmeier is one of Germany’s best known politicians, having twice served as top diplomat under Merkel for a total of seven years.

Though the trained lawyer is usually measured in his speech, in the thick of last year’s US election campaign Steinmeier labelled Donald Trump a “hate preacher”.

After the billionaire won the White House, Steinmeier predicted relations would get “more difficult” and said his staff were struggling to detect any “clear and coherent” foreign policy positions from Trump.