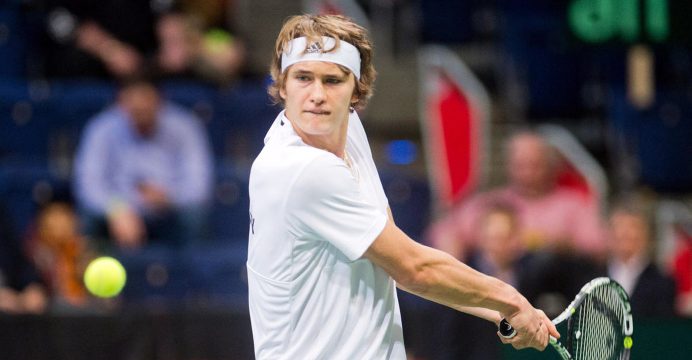 Local favourite Gasquet, bidding for a fourth title overall at the indoor event, dropped the first set on the tiebreak and was broken twice in the second as the 19-year-old Zverev claimed his second career title.

Zverev, who will compete in the doubles final later on Sunday alongside his brother Mischa, had beaten much-fancied second seed Jo-Wilfried Tsonga in his semi final.

Gasquet saw off compatriot Benoit Paire to reach the final.