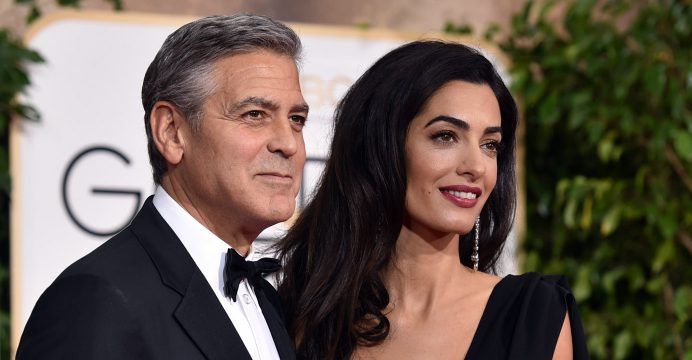 George Clooney and his wife Amal are expecting twins, actor Matt Damon said on Thursday, adding he was so thrilled for the high-profile couple that he “almost started crying” when he found out last fall, reports Reuters.

Damon told Entertainment Tonight Canada that Clooney, 55, told him the news while they were filming a movie, and that his wife Amal Clooney, 39, was about eight weeks pregnant at the time.

The pregnancy is the first for the Clooneys, who were married in a lavish Italian wedding ceremony in 2014 after a whirlwind romance.

Representatives for George and Amal Clooney did not immediately return Reuters’ requests for comment.

Damon praised Amal Clooney, an international human rights lawyer, calling her “a remarkable woman” and saying George Clooney had “hit the jackpot.” He added that the couple were “going to be awesome parents, those kids are lucky.”