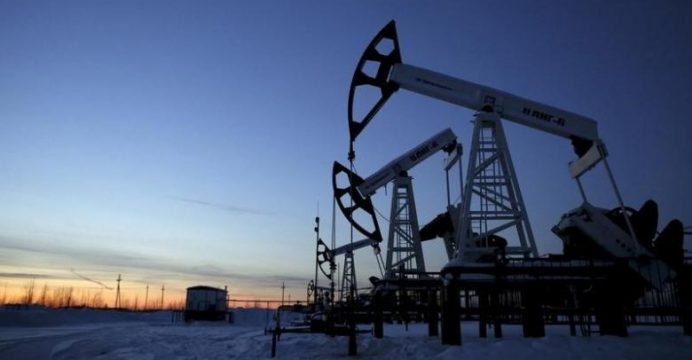 Oil prices held equity markets in their sway on Wednesday, with stocks perking up as prices for crude rebounded despite data showing abundant US production.

Increasing uncertainty about France’s political outlook and fears of another debt crisis brewing in Greece also sent yields on European government debt higher and had equities struggling for much of the day, reports BSS.

Oil prices fell by more than one percent on Tuesday after industry data showed that US stockpiles soared last week, but they rebounded Wednesday although official data from the Energy Information Agency showed a similar increase. 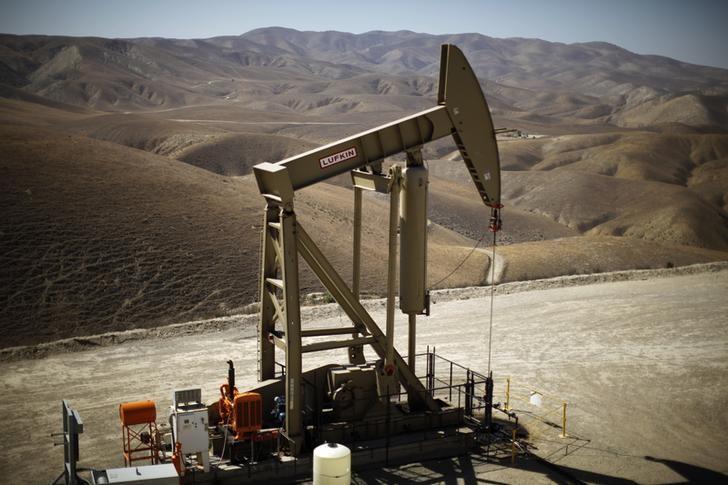 A pumpjack drills for oil in the Monterey Shale, California

“Having already been heavily sold down after the API inventory figures yesterday, it was no surprise to see crude rally sharply despite another whopping build in US stockpiles according to the EIA,” said market analyst from Chris Beauchamp at online trading firm IG.

Having been down as low as $51.28 per barrel, the price of the main US contract, WTI, shot above $52.50 after the announcement.

OPEC nations have agreed to scale back production, helping send oil prices back above $50 from lows less than $30 per barrel last year, but recent data has shown US shale producers are bringing wells back online. In equity trading, both London and Frankfurt ended nearly flat, while Paris managed a 0.3 percent gain.

“A number of Europe’s biggest banks report next week so investors may be taking a little off the table ahead of what are likely to be less-than-stunning results,” he added.

While Wall Street continues to touch record highs on hopes Donald Trump will enact business-friendly measures as US president, elsewhere there are worries and uncertainty about his impact on the global economy. European equities and government bond prices have also been hit by jitters over upcoming elections.

“Exuberance over Trump-inspired de-regulation rolled into fears over the economic consequences of election upsets in France, the Netherlands, and Germany,” said Lawler.

The euro slid to as low as $1.0641 on Wednesday, from highs of above $1.08 at the start of the week, before dollar weakness led it to recover somewhat.

“While it is premature to draw any definitive conclusion, the political landscapes in both France and Italy are coming under immense scrutiny from investors, which should keep euro upticks limited,” said Oanda trader Stephen Innes.

“If we factor in a possibly divisive German election, risks are rising
immensely on the European political stage.”

Greece’s debt saga also reared its head after the International Monetary Fund warned the country would likely not reach targets prescribed for it to qualify for bailout cash.

While Athens dismissed the report, the comments sent Greece’s cost of borrowing soaring on bond markets and raised the spectre of another crisis for the EU to juggle.

Other eurozone nations have also found themselves paying more to borrow, with Portugal’s 10-year bonds now carrying a 4.2 percent rate of return on the secondary market, the highest since 2014.

Yields on 10-year French bonds shot up from around 0.8 percent at the beginning of the year to over 1.1 percent on Wednesday.