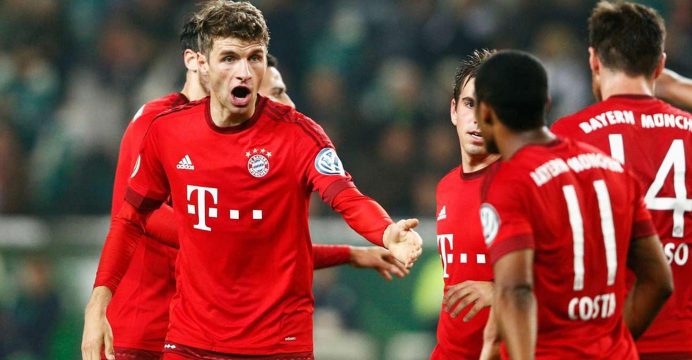 The quarter-finals will be played on February 28 or March 1 with the final taking place at Berlin’s Olympic Stadium on May 27.

Carlo Ancelotti’s Bayern, who have reached the last eight for the 10th year in a row, face a tricky home tie against Schalke, who held the Bavarians to a 1-1 draw at the Allianz Arena last Saturday in the Bundesliga.

Sportfreunde Lotte, who have beaten Bayer Leverkusen and Werder Bremen in previous rounds, host a plum tie against Dortmund, who needed penalties to beat Hertha Berlin on Tuesday.

Eintracht Frankfurt, who are currently third in Germany’s top tier, are at home to second division Arminia Bielefeld, while Hamburg are at home to Borussia Moechengladbach in an all-Bundesliga tie.