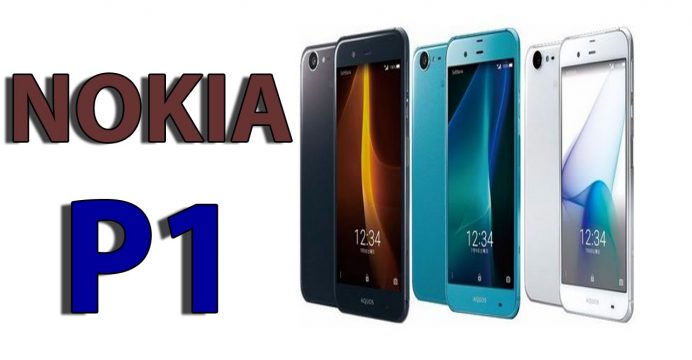 Nokia 6 is the first of the many Nokia Android phones we can expect to see from HMD Global. The Nokia 6 smartphone has been warmly received, and even went out of stock within a minute in the first flash sale in China. All eyes are now on the Mobile World Congress 2017, where HMD is expected to unveil the Nokia P1, a flagship Nokia Android phone. Nokia P1 leaks have given us a fair look at the smartphone and given us hints of its price and launch dates. Here’s a comprehensive look at everything we know about the Nokia P1 flagship Android smartphone:

Based on the concept render video, the Nokia P1 is a premium looking high-end Android device with a metal frame. The hybrid dual-SIM slot is on the left edge, while the volume and power buttons are on the right edge. There’s a Carl Zeiss lens at the back with the Nokia logo placed vertically. Nokia P1 is also said to have a USB Type-C port, the speaker grille, and the 3.5mm audio jack – all situated at the bottom edge. The Home Button sits below the display presumably over the fingerprint scanner. In the leak, the Nokia P1 is seen in Silver, Black, and Rose Gold colour options.

The Nokia P1 smartphone is expected to run on Android 7.0 Nougat out-of-the-box and feature a 5.3-inch display with Gorilla Glass 5 on top, with either full-HD or QHD screen resolution. The Nokia P1 is tipped to pack the latest Snapdragon 835 SoC coupled with 6GB of RAM. However, the Samsung Galaxy S8 is reportedly going to be the first device to launch with the latest Qualcomm processor, and given the Nokia P1 is pegged for an MWC launch, this processor choice seems questionable.

The Nokia P1 rear camera is said to feature a Zeiss-certified 22.6-megapixel sensor, and the smartphone is also come with IP57-certification for dust and water resistance. The phone is also rumoured to pack a 3500mAh battery with support for quick charging, and 128GB and 256GB storage options.