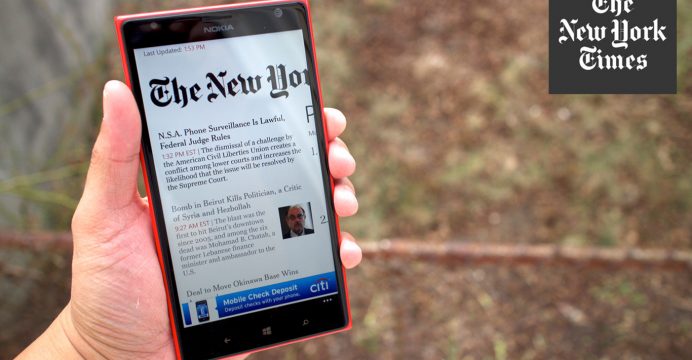 The Times’ move comes amid publishers’ struggle to find readers willing to pay for their daily news fix rather than turn to the barrage of websites and mobile apps delivering quick news for free. This shift in readers’ tastes has also led to a prolonged decline in print advertising and an industry-wide shift toward the digital medium, reports Reuters.

New York Times readers who sign up for a one-year, “all-access” digital subscription, which costs $5 per week, will also get free access to Spotify’s premium service, which costs $120 per year, the Times said.

The Times has enjoyed a steady increase in digital subscriptions in recent months, although overall revenue continues to fall due to the decline in print subscriptions.

However, the Times’ latest quarter, which ended in December, was its best in five years for net new digital subscriptions, helped in part by then-Presidential nominee Donald Trump’s attacks on the newspaper and other media outlets, accusing them of reporting on false information.