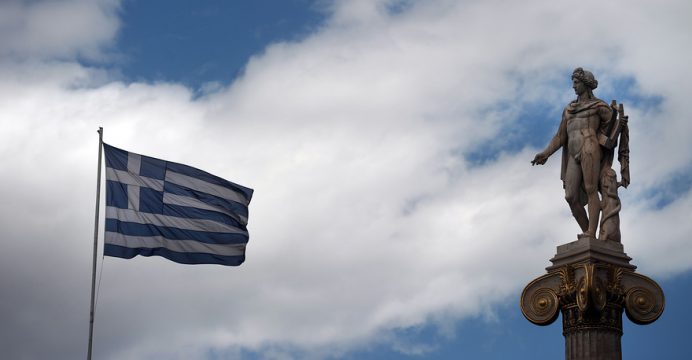 The International Monetary Fund and Greece are at odds over the outlook for the troubled European nation’s economy, a split that likely will continue to hold up further IMF financing.

Greece Finance Minister Euclid Tsakalotos said the IMF report on the economy, released Tuesday, “fails to do justice” to his country by underestimating growth and the progress made through years of sacrifice, reports BSS.

The fund’s long-delayed analysis of the Greek economy, known as the Article IV review, says Athens is relying on overly optimistic calculations for its estimates of growth and budget.

But the report recognizes the recovery under way, which should produce growth of 2.7 percent this year after just 0.4 percent in 2016.

Months of bickering have delayed progress on Greece’s 86-billion-euro ($92.4 billion) bailout program agreed in 2015. European officials insist on IMF participation, and the IMF will not lend more unless the country’s long-term debt is sustainable, and that requires further substantial debt relief and realistic budget targets.

The central focus of the dispute is whether Greece can deliver a primary balance, or budget surplus before debt repayments, of 3.5 percent of GDP, far in excess of the 1.5 percent the IMF says is feasible.

“Reaching and sustaining such a high surplus for an extended period will be challenging … and given that double-digit unemployment rates are expected to persist for several decades.”

That feat is something few countries have managed for extended periods of time, and “even fewer (one in Europe) have done so while also experiencing double-digit unemployment rates,” the report said.

The IMF’s European Department chief and main negotiator, Poul Thomsen, warned that the consequences of aiming for the higher surplus are serious.

“We should be under no illusion that going from 1.5 to 3.5 (percent), getting there it will take a toll on growth,” he told reporters in a conference call.

But Tsakalotos, in a letter responding to the IMF assessment, said the argument that “Greece cannot sustain high fiscal surpluses that surpass 1.5 percent of GDP is in contradiction to recent developments.”

Greece is moving “to a state of solid economic recovery,” he said.

“Following years of protracted recession, the first signs of robust growth, declining unemployment rate and increasing confidence in the economy have begun to appear and clear signs of changing winds are within reach.”

And while the IMF in a report obtained by AFP described the country’s debt as becoming “explosive” in the long run, Tsakalotos said the analysis is “doubtful.”

The fund data “rely neither on the most recent evidence of fiscal performance nor on the most up-to-date evidence on the ability of the Greek economy to produce fiscal surpluses,” he said.

Thomsen repeated that the debt is “not sustainable without more debt relief” but that there now is “more of a consensus on the need for debt relief.”