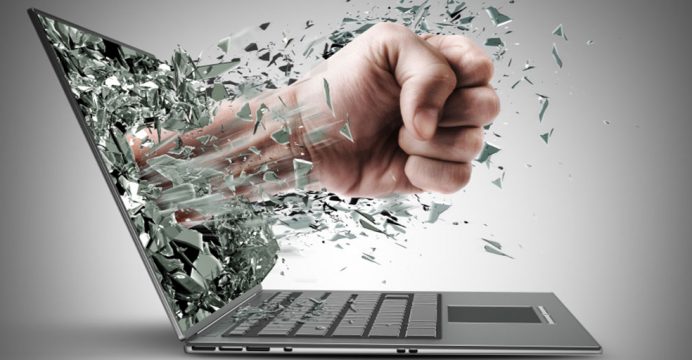 Telenor Group releases results of the survey on cyberbullying in Asia

Telenor Group, on this Safer Internet Day 2017, releases results from a survey of parents and adults across Asia in order to give greater visibility of the types of digital bullying affecting youth and how they deal with it. The survey was conducted over Facebook with 320 respondents primarily from Bangladesh, India, Malaysia, Myanmar, Pakistan, Singapore, Thailand and other Asian countries.

While cyberbullying exists across all countries, the respondents said that they are discussing cyberbullying with youth and feel that resilience is being built, which may help them tackle digital abuse or better empathize with victims. The survey targeted Facebook users from 18-64 with stated interests in parenting, family issues, child welfare and online security. 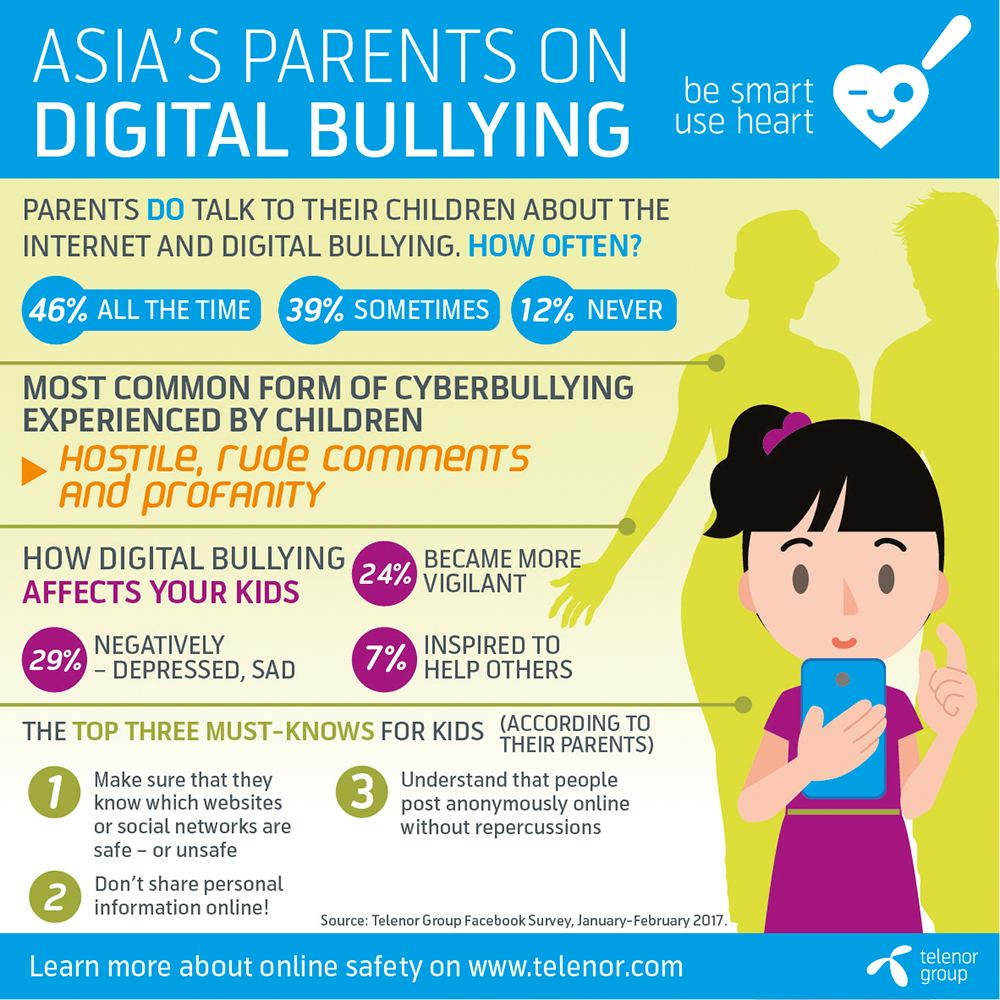 “In the lead up to Safer Internet Day, we conducted this digital survey to keep on the pulse of the ever-evolving arena of digital bullying, to see how it affects children in Asia, and what both adults and children can do about it,” says Zainab Hussain Siddiqui, Director, Social Responsibility, Telenor Group.

“Encouragingly, across Asia, we see examples of awareness-building efforts – on the part of our company and many others – reaching scores of children, parents and school teachers. And we hope this is leading to more resilience against online mistreatment.”

FIRST THING FIRST: PARENTS SAY THEY DO TALK TO THEIR CHILDREN ABOUT CYBERBULLYING

Dialogue is the first step in helping children understand how, why and on what channels online mistreatment can happen – and how to manage and report it. One of the first findings of this survey sheds a positive light on the situation. A majority of the respondents (46%) say that they speak to their children ‘all the time’ about the internet and online behavior, followed by 39% who discussed this ‘sometimes.’ Only 12% said they had never spoken about this topic. A large segment of Asian adults feel empowered and aware enough to address online safety with youth.

‘Being the target of hostile and rude comments and profanity online’ was the most common form of cyberbullying incidents that respondents’ children had experienced (22.5% of respondents). The next largest group said they ‘did not know’ if any of the listed cyberbullying incidents had occurred to their child. The third largest group said their children had not experienced cyberbullying as they have been ‘trained how to respond and defend themselves’ against this type of activity.

When asked how cyberbullying experiences affected the child, the answer was multi-layered with some surprises. They implied that Asia’s children are increasingly learning how to deal with bullying online, or actively were able to ignore the attacks with no effect on them.

While 29% of respondents said that being cyberbullied affected the child negatively and they were ‘depressed’ for a time period, 24% said that the situation made the child more alert and able to defend themselves online. A further 24% said the child did not seem to be affected, with 7% even saying the online bullying ‘inspired the child to then help other victims.’

Those whose children play online games reported a higher rate of cyberbullying attacks than standard browsing activities. Of those surveyed, 79% said their child or a child that they know has been threatened with physical harm while playing online games specifically on websites or on social media. This was followed by 41% who said the child was the target of offensive comments including name calling, racist or sexist remarks.

The reportedly most important online safety topic for children was to make sure that they know which websites or social networks are safe – or which should be kept out of bounds (27% of respondents). This was followed closely by education about sharing personal information online (26%), and knowing that people post anonymously online without repercussions (25%).

Cyberbullying formed part of the online concerns that adults hold for youth, but the responses of the survey point out that risky online actions, in general, need to be addressed through education. Of the respondents, 55% said their child had given personal information to strangers online, followed by 51% who said the child had visited websites they were not supposed to.

However, while online scams and social media platforms in an increasingly digital world appear to be more prolific than ever, it was interesting to note that respondents said their child, or a child they knew, was least likely to experience email and social media account hacking, as well as sharing NSFW (Not Safe for Work) photos or videos.

Telenor’s global program, Be Smart Use Heart, provides children and parents with information and tools on how to cope with digital bullying, stay safe online and keep mobile devices secure. For parents, Telenor Group has published a guide book on how to speak to children about the internet. The guide book is provided below for readers.