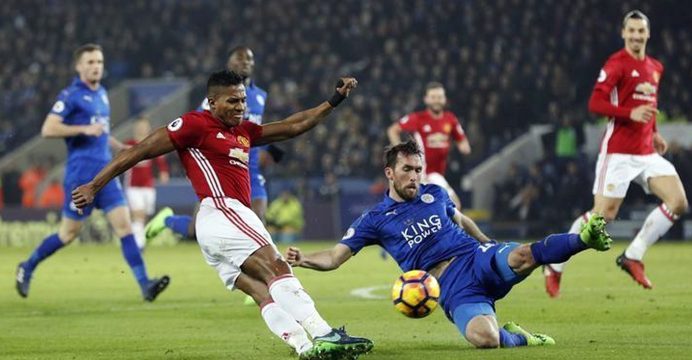 Manchester United’s tactical flexibility continued to serve them well as they extended their unbeaten Premier League run to 15 games with a 3-0 win at Leicester City on Sunday to ramp up the pressure on their rivals for a top-four finish.

Arsenal and Liverpool have faltered in recent weeks to slip out of title contention behind runaway leaders Chelsea but United have found some momentum and now trail the fourth-placed Gunners by two points and the Reds, who are fifth, by one.

After a poor start to the season United have gone under the radar in their 15-game unbeaten run. Led by master tactician Jose Mourinho and a squad of adaptable players it is the Old Trafford side’s tactical flexibility that is aiding them. 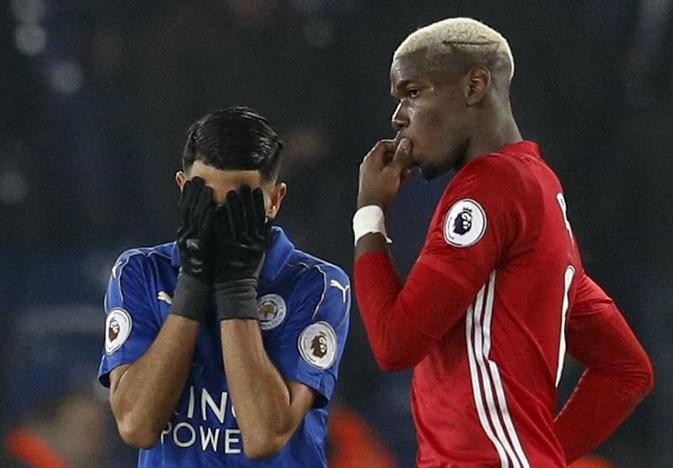 Where Arsenal and Liverpool look devoid of a ‘Plan B’ if their slick, quick-passing style fails, sixth-placed United can successfully adapt if their initial plans prove fruitless.

United started lethargically against Leicester and struggled to exert any control during the opening 35 minutes before a system tweak produced immediate results.

Forward Marcus Rashford moved out to the wing and Henrikh Mkhitaryan was deployed in a central playmaking role behind central striker Zlatan Ibrahimovic.

Thereafter United were irresistible, with Mkhitaryan and Juan Mata in particular picking Leicester apart with ease as the visitors scored three goals in seven minutes either side of halftime.