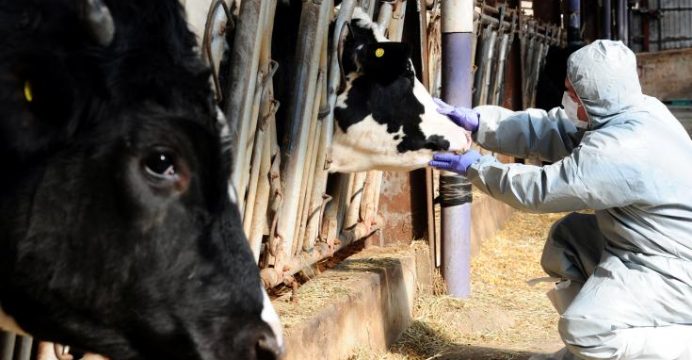 South Korea on Monday confirmed a case of foot-and-mouth at a dairy farm, the first discovery of the disease in the country in nearly a year. It also said there was another suspected case at a different location, although that was yet to be confirmed.

The Ministry of Agriculture, Food and Rural Affairs said in a statement that the disease was unlikely to spread widely as it was one of three types of the illness that the nation inoculates against, reports Reuters.

Nonetheless, the government said it would put in place a nationwide standstill order for farms with cloven-hoofed livestock and related transport for 30 hours from 0900 GMT on Monday. 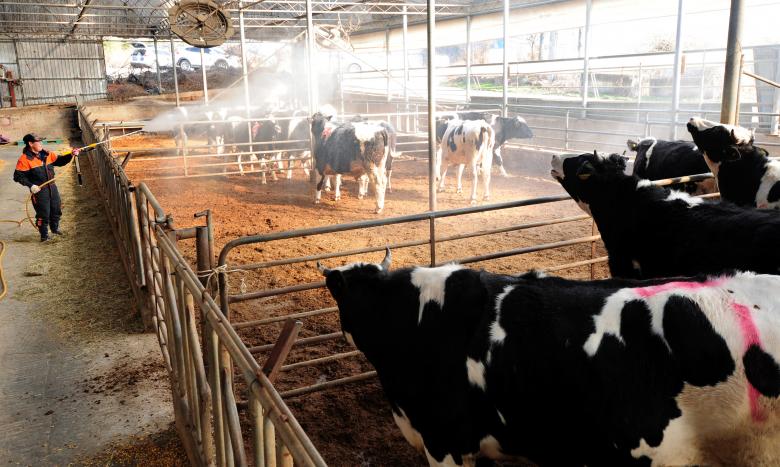 A livestock farmer in Gimje disinfects cattle in his farm as a preventive measure against foot-and-mouth disease after South Korea on Monday confirmed a case of food-and-mouth at a dairy farm elsewhere in the country, South Korea

The confirmation comes as Asia’s fourth largest economy has been grappling with a nationwide spread of virulent bird flu virus, leading to the culling of over 30 million farm birds.

The agriculture ministry said in its statement on Monday that foot-and-mouth had been detected at a dairy farm in Boeun county, about 170 kilometers (106 miles) southeast of Seoul. All 195 cows raised on the farm had been culled to contain the disease.

It added that it was upping its foot-and-mouth alert to the second-highest level as another suspected case of the disease was reported on Monday at a cattle farm in the southeastern city of Jeongeup, according to the statement.