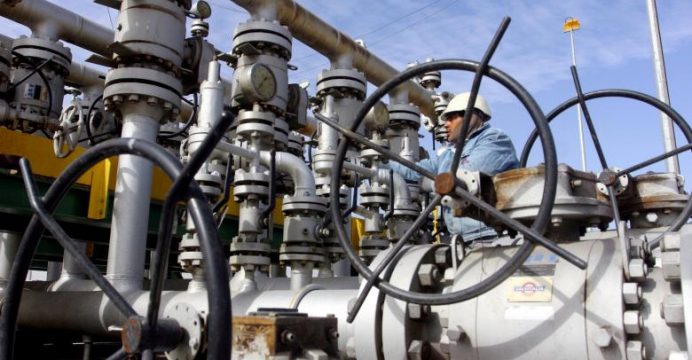 Oil slipped further below $57 barrel on Monday as a stronger dollar and ample U.S. supplies outweighed OPEC output curbs and rising tensions between the United States and Iran. 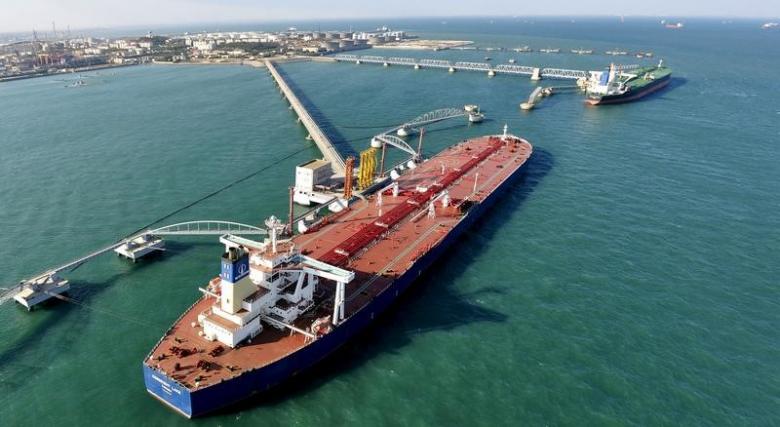 A general view of a crude oil importing port in Qingdao, Shandong province

“It’s most likely the stronger U.S. dollar,” said Commerzbank analyst Carsten Fritsch of the reason for the dip in oil. A stronger dollar makes crude more expensive for other currency holders and usually weighs on the oil market.

Oil prices, while supported by supply cuts agreed by the Organization of the Petroleum Exporting Countries and a new spike in tension between Iran and the United States, are struggling for new direction.

“The tug-of-war between oil bulls and bears continued last week and there are no clear signs who could turn out to be the winner,” said Tamas Varga of oil broker PVM.

“The result is a rangebound market where buyers shy away on a pop over $57 basis Brent, but they feel a dip to the $54 level is an attractive purchase.”

The Trump administration’s new sanctions against Iran, though not affecting oil output, raised concern about the potential for further developments that could hinder export growth in OPEC’s third-largest producer.

The tension between Tehran and Washington has risen since an Iranian missile test that prompted the United States to impose sanctions on individuals and entities linked to the Revolutionary Guards.

Iran has been raising crude output since most international sanctions over its nuclear program were lifted in 2016. Tehran is exempt from the OPEC supply cuts.

The OPEC members covered by the deal with Russia and other independent producers have implemented at least 80 percent so far, according to a Reuters survey and analysis. Russia has cut about 100,000 bpd and plans to increase that to 300,000 bpd.

Against this backdrop, more investors are betting on rising prices despite indicators such as the Baker Hughes rig count pointing to increased U.S. supply.