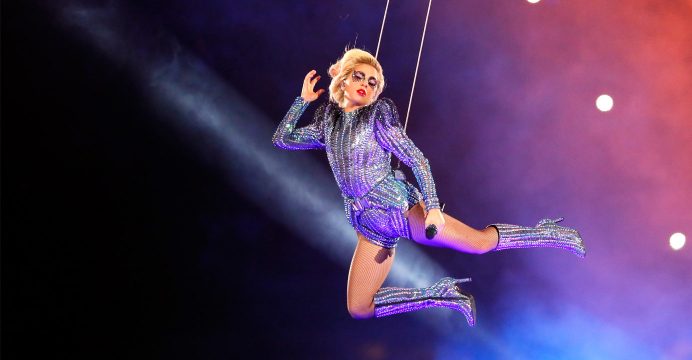 Standing atop the roof of Houston’s NRG Stadium with drones illuminating an American flag in the night sky behind her, Lady Gaga kicked off her Super Bowl halftime set on Sunday by singing “God Bless America” as a subtle message of inclusion and unity in a deeply divided United States, reports Reuters.

As many speculated about whether the outspoken singer would use her spotlight to address women’s rights, immigration or President Donald Trump, Gaga recited part of the American Pledge of Allegiance, “one nation under God, indivisible with liberty and justice for all,” in her opening song. 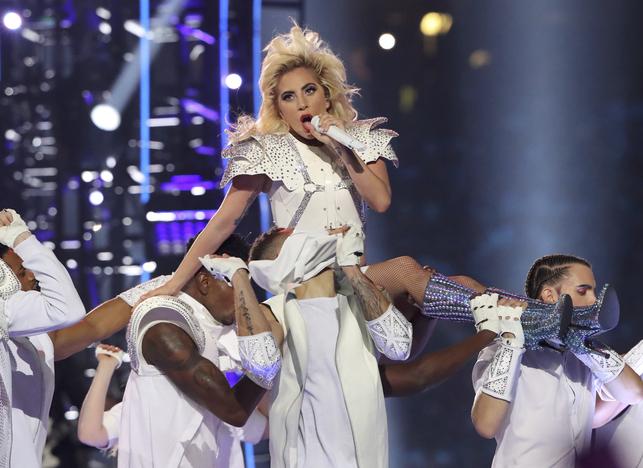 She then swung down from the roof to a stage suspended on cables and embarked on a meticulously choreographed 13-minute set of her greatest hits during the National Football League championship game between the New England Patriots and the Atlanta Falcons.

This year’s Super Bowl followed a fierce presidential election campaign that Trump won in November but which left the country at least as fractured afterwards as before it began. Trump was greeted with massive protests just after taking office on Jan. 20, and his policy moves have sparked further protests and controversy in the first weeks of his presidency.