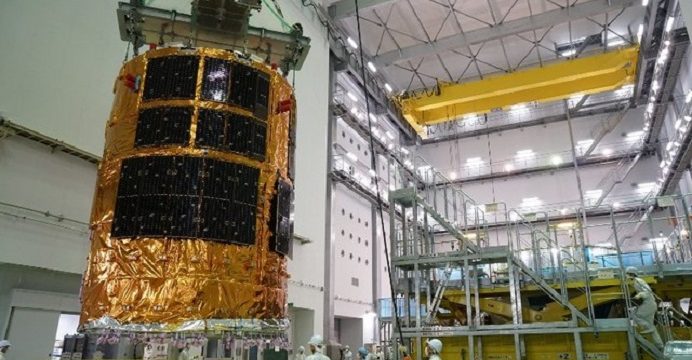 An experimental Japanese mission to clear ‘space junk’ or rubbish from the Earth’s orbit has ended in failure, officials said Monday, in an embarrassment for Tokyo.

Over 100 million pieces of garbage are thought to be whizzing around the planet, including cast-off equipment from old satellites and bits of the rocket, which experts say could pose risks for future space exploration, reports BSS.

Scientists at the Japan Aerospace Exploration Agency (JAXA) were trying to test an electrodynamic ‘tether’ — created with the help of a fishing net company — to slow down the orbiting rubbish and bring it into a lower orbit.

The hope was that the clutter — built up after more than five decades of human space exploration — would eventually enter the Earth’s atmosphere and burn up harmlessly before it had a chance to crash into the planet.

The 700-metre (2,300-foot) long tether — made from thin wires of stainless steel and aluminum — was due to be extended out from a cargo ship launched in December carrying supplies for astronauts at the International Space Station.

Problems arose quickly, however, and technicians tried for days to remedy the situation but only had a one-week window to carry out the mission before the vessel reentered the Earth’s atmosphere before dawn on Monday.

“We believe the tether did not get released”, leading researcher Koichi Inoue told reporters.

“It is certainly disappointing that we ended the mission without completing one of the main objectives,” he said.

The disappointment is the latest failure to hit JAXA and comes just weeks after the agency had to abort a mission that sought to use a mini-rocket to send a satellite into orbit.

The agency also abandoned a pricey ultra-high-tech satellite launched in February last year to search for X-rays emanating from black holes and galaxy clusters after losing contact with the spacecraft.