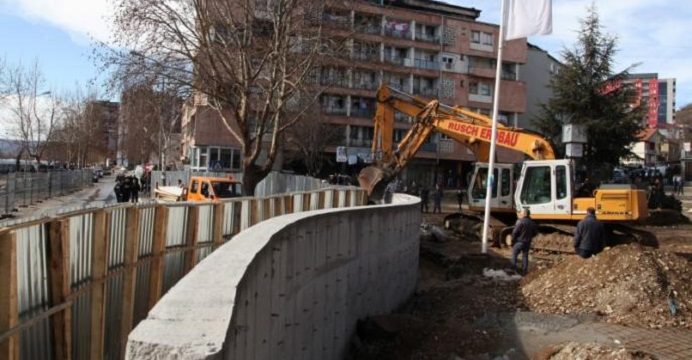 Local Serbs in Kosovo used bulldozers on Sunday to demolish a wall they built in the ethnically divided city of Mitrovica, following weeks of tension over the issue between Kosovo and Serbia.

The Serbs, who do not recognize Kosovo as a state, started constructing the wall in December, saying it was to protect against a landslip, but the Pristina government said the structure was an attempt to further divide the city along ethnic lines and should be destroyed, reports Reuters.

Tensions have grown in recent weeks because of the wall and a train sent by Serbia carrying the slogan “Kosovo is Serbia” which was stopped by Kosovo border police. 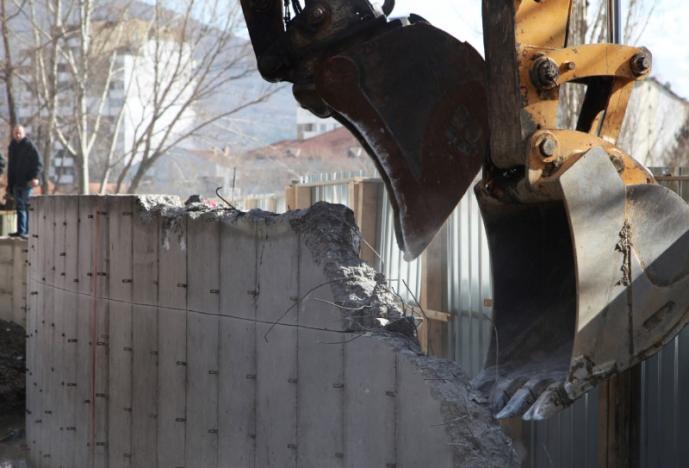 Bulldozers demolish a wall following weeks of tensions between Kosovo and Serbia, in the ethnically divided town of Mitrovica, Kosovo

Kosovo, backed by the U.S. and major western European states, declared independence from Serbia in 2008. Belgrade considers it part of its territory and supports the Serb minority.

Serbia’s president has accused the authorities in Pristina of wanting to start a war, while his Kosovo counterpart has accused Serbia of potentially using the example of Russia in Crimea to annex the northern part of Kosovo.

“Shame on them. They could have built three houses with this money,” one man, Jovo Ilic, said, watching two bulldozers destroying the wall.

Italian Carabinieri was guarding the area as part of the NATO mission that still has a force stationed in Kosovo to keep the fragile peace.

The deal to destroy the two-meter tall concrete wall was reached following EU-mediated talks between the government in Pristina and Serb representatives. Kosovo Prime Minister Isa Mustafa had threatened local Serbs that if they did not take down the wall, his government would do it.

Visiting the demolition site the European Union representative in Kosovo, Nataliya Apostolova, said: “I can assure (you) there will no walls here … this shows that both parties can reach a deal when there is a political will.”

Kosovo Albanians make up more than 90 percent of Kosovo’s 1.8 million population. Northern Kosovo is home to a Serb minority of around 40,000 to 50,000 people.