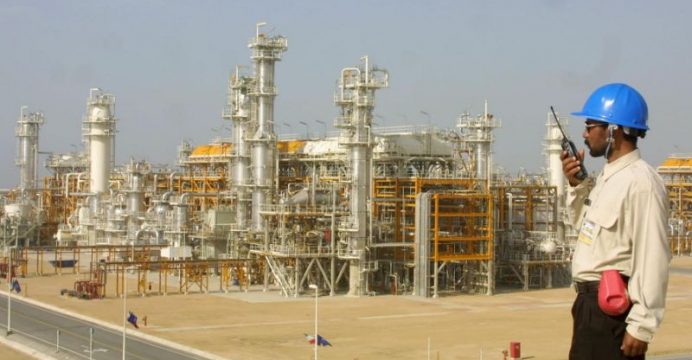 Iran extends deadline for bids on oil and gas projects

Iran has extended a deadline for bids on oil and gas projects, urging Britain’s BP to join major international companies that have already applied, local media reported on Saturday.

The bidding round for exploration and production licenses comes as it seeks to revive the sector, hard-hit by international sanctions that were lifted last year, reports BSS.

He said the original late January deadline had been extended because
“information from some companies was not complete”.

He said British Petroleum had still not submitted a bid.

“BP has not sent its information to us.

“Although we said this is an official process and you need to enter your information, they haven’t done it,” he added.

The new licensing round comes a year since a deal between Iran and world powers came into force, lifting international sanctions against Tehran in return for limits on its nuclear program.

Iran is keen to access new technology to boost its production from fields it shares with its Gulf neighbors. In early January, it published a list of 29 companies it would allow bidding.

It said it had received bids from Anglo-Dutch giant Shell, Italy’s ENI, France’s Total, Russia’s Gazprom and Lukoil, and Schlumberger of the Netherlands.

Asian giants including China’s CNPC and Sinopec International, the Japanese Mitsubishi Corporation and Japan Petroleum Exploration also put in bids along with companies from Malaysia and South Korea.

Oil-rich Iran has increased production to 3.9 million barrels per day from 2.6 million bpd before President Hassan Rouhani took office in 2013.

It has also earned more than $2 billion (1.9 billion euros) from gas sales since sanctions were lifted, Kardor said.

The country has already signed a flurry of deals with international companies. In November, French oil and gas giant Total signed a preliminary agreement for a $4.8-billion (4.3-billion-euro) project to develop an offshore gas field at South Pars, which Iran shares with Qatar.

In December, Tehran signed a memorandum of understanding with Russia’s Gazprom on the development of two major oilfields. Also in December, it signed three preliminary deals with Shell to examine developing major oil and gas fields.