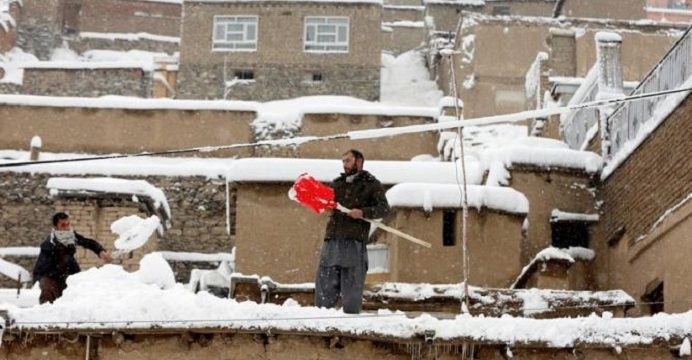 Dozens of people in Afghanistan and Pakistan were killed after heavy snow and avalanches hit over the weekend. In eastern Afghanistan, at least 50 people died and dozens more were missing on Sunday after an avalanche buried a village in Nuristan, provincial governor Hafiz Abdul Qayum said.

“Based on information from district officials, 50 dead bodies have been recovered and the number may increase,” he said.

At least five other deaths from collapsed roofs were reported elsewhere in Nuristan. In the northern province of Badakhshan, over the past two days, as many as 19 people were killed and 17 injured by avalanches, collapsed roofs, and road accidents, said Naweed Frotan, a spokesman for the provincial governor, reports Reuters. 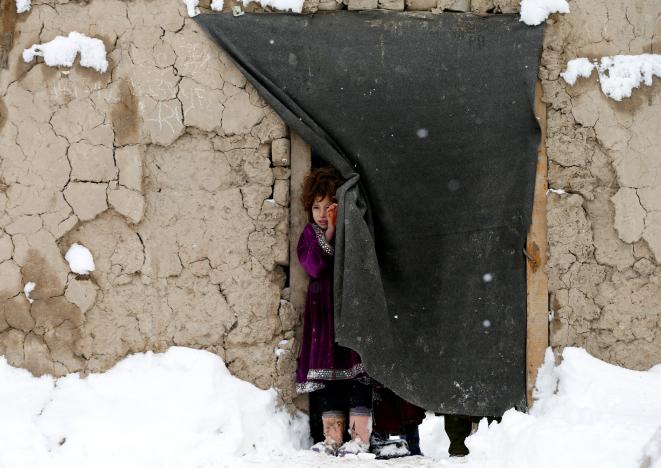 An internally displaced Afghan girl stands at the door of her shelter during a snowfall in Kabul, Afghanistan

The government was working to reach at least 12 districts in Badakhshan that had been completely cut off, he said. Heavy snow also blanketed the Afghan capital of Kabul, where the government closed its offices on Sunday.

In neighboring Pakistan, at least nine people, including children, were killed by an avalanche in the northern Chitral district, with as many as 14 residents believed to still be trapped in collapsed houses, district official Syed Maghferat Shah said.

“So far the rescue workers have recovered nine bodies and efforts are under way to retrieve mor‎e,” he said. 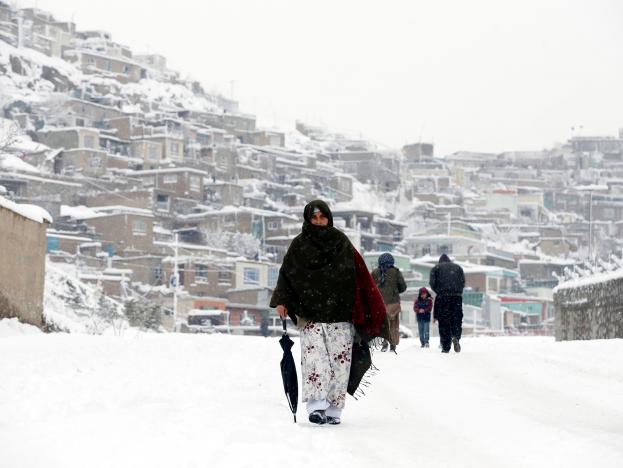 An Afghan woman walks on a snowy day in Kabul, Afghanistan

The avalanche struck a village of 25 houses, but evacuation operations were delayed by the weather, Chitral Deputy Commissioner Shahab Hameed Yousafzai.

“There is no way to rush the injured persons to Chitral hospital because all roads in the valley have been blocked due to heavy snowfall,” he said.

In a separate incident in the Chitral region, a government rescue worker was killed when an avalanche struck a check post near the Pakistan-Afghanistan border, the commanding officer told Reuters.

The snow wreaked havoc on major roads in Afghanistan, including the Kabul-Kandahar Highway, where police and soldiers had to rescue around 250 cars and buses trapped by the storm, said Jawid Salangi, a spokesman for Ghazni province, where as much as two meters of new snow was reported.

“Fortunately we arrived on time and there is not a single casualty,” he said, noting that officials expected the road to reopen quickly.

The Salang pass north of Kabul was also closed under as much as two and a half meters of snow, according to police general Rajab Salangi, who oversees the area.