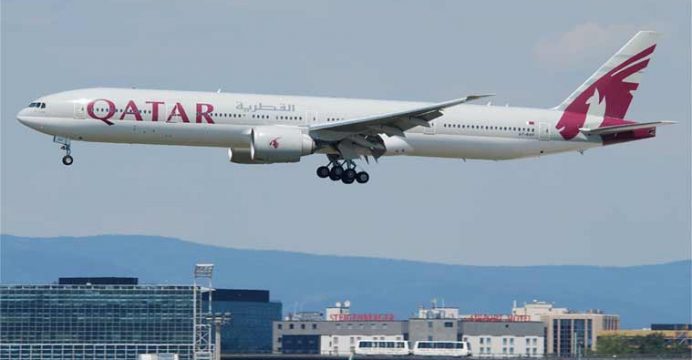 Qatar Airways said on Saturday it would fly passengers to the United States from seven previously barred Muslim-majority countries after a US judge temporarily halted a controversial travel ban.

A travel alert posted on the Doha-based airline’s website said the carrier would comply with the new orders as long as passengers had a valid visa, reports BSS.

“As directed by the US Customs and Border Protection, nationals of the seven affected countries listed below and all refugees seeking admission presenting a valid, unexpired US visa or (Green Card) will be permitted to travel to the United States and will be processed accordingly upon arrival,” read the statement.

The White House said the ban — introduced via executive order last week — was placed upon nationals from Iran, Iraq, Libya, Somalia, Sudan, Syria and Yemen as a security measure.

Qatar Airways had complied with the ban, which also suspended refugee arrivals. The Gulf carrier flies to at least 15 American cities including New York, Atlanta, and Chicago.