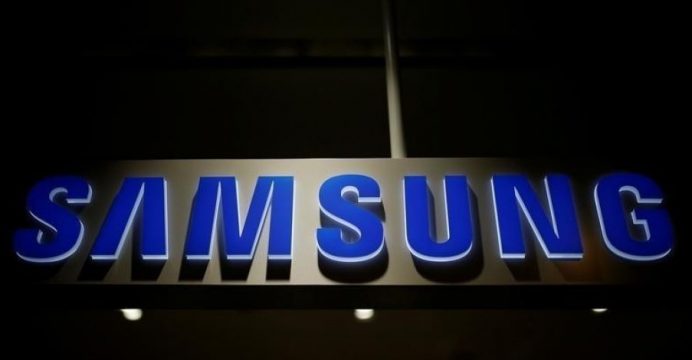 Samsung Electronics Co Ltd may build a U.S. plant for its home appliances business, a person familiar with the matter said, the latest global firm to consider a response to criticism about imports from new U.S. President Donald Trump.

Specifics such as the amount the electronics giant might invest and where the new base could be located have yet to be decided, said the person, declining to be identified due to lack of authorization to speak publicly on the matter, reports Reuters.

The new U.S. administration has threatened an import tax while Trump has attacked some of the world’s biggest companies for manufacturing abroad for U.S. consumers, stoking much alarm and triggering a rash of promises to invest more in the United States.

A flag bearing the logo of Samsung Electronics is pictured at its headquarters in Seoul, South Korea

Samsung declined to comment on whether it has any specific plans to add production facilities in the U.S. but said it has already made significant investments in the country – including the $17 billion the firm has spent to date for its Austin, Texas chip plant.

“We continue to evaluate new investment needs in the U.S. that can help us best serve our customers,” it said in an email.

South Korean firms have not been singled out so far, but some have embarked on preemptive moves to ward off criticism. The Hyundai Motor Group said last month it plans to lift U.S. investment by 50 percent to $3.1 billion over five years.

LG Electronics Inc also announced in January that it will decide on whether to build a manufacturing base in the United States within the first half of the year and warned of risks from the Trump administration’s trade policies.

Plants for assembling appliances would not pose a financial burden for the likes of Samsung or LG, said Jay Yoo, an analyst at Korea Investment.

LG is considering Tennessee as a location for a new home appliances and television plant as part of its deliberations, a person familiar with the matter told Reuters. An LG spokeswoman declined to comment.