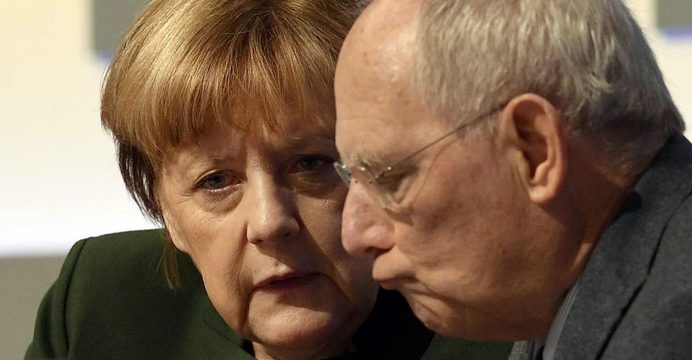 Wolfgang Schäuble, a veteran ally of Angela Merkel, has admitted the cabinet made “mistakes” during Germany’s large intake of refugees in 2015. He wants lower standardized​ EU welfare payments for asylum-seekers.

Finance Minister Wolfgang Schäuble told a citizens’ panel brought together the “Welt am Sonntag” newspaper that the situation “got out of control” when Germany kept open its border to 890,000 refugees, mostly people who had fled violence in the Middle East and trekked through the Balkans to reach Germany.

“We politicians are people and we also make mistakes,” said Schäuble (pictured above), a former German interior minister, adding that “one can at least learn from mistakes.”

A Bavarian municipal employee, a finance executive of a family firm north of Frankfurt and a maritime turbine maker near Hamburg posed questions to Schäuble, who said all parties across Germany’s political spectrum needed to “draw the necessary consequences.”