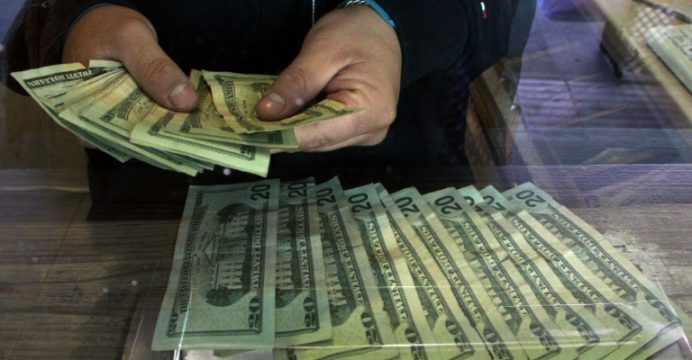 The dollar tumbled against its major peers in Asia

The dollar tumbled against its major peers in Asia on Monday while regional markets sank in holiday-thinned trade as traders were spooked by tensions caused by Donald Trump’s divisive immigration ban.

A disappointing reading on US economic growth added to the downbeat sentiment with Wall Street ending last week on a negative note, reports BSS.

The reality TV star-turned-president on Friday signed an executive order banning travellers from seven Muslim-majority countries that was met with widespread outrage from world leaders and mass global protests.

“The main focus over the weekend has been Trump’s immigration policy and it won’t necessarily surprise to see some heat coming out of the dollar in early trading,” said Chris Weston, Melbourne-based chief market strategist at IG Ltd.

“Whether the markets start to price in a stronger Trump risk premium is yet to be seen,” he told Bloomberg News.

“Chat in the market is dominated by the global backlash to Donald Trump’s executive order and any potential impact this could have in markets,” Greg McKenna, chief market strategist at FX and CFD provider AxiTrader, said in a note.

However, analysts said markets have shown resilience despite a series of controversial moves by Trump in his first week in office, including a row with Mexico over trade and his proposed border wall, rows with the media over his inauguration crowds and unsupported assertions that millions of people voted illegally in the 2016 election.

This was put down to hopes he will stick to his promise to ramp up infrastructure spending, cut taxes and slash red tape to boost economic growth and corporate profits.

Eyes are now on the Friday release of US jobs data for January, which comes a week after figures showing US growth reached a sluggish 1.9 percent in October-December, well below the 3.5 percent in the third-quarter and below expectations.

The weak figures helped dampen sentiment on Wall Street, where the Dow edged lower Friday, at the end of a week in which it broke 20,000 points for the first time.

The tepid lead from New York filtered through to Asia, where Tokyo ended the morning down 0.7 percent, while Sydney shed 1.1 percent and Wellington gave up 0.6 percent.