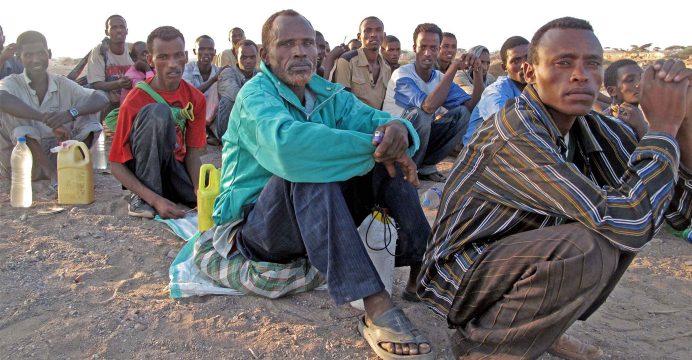 Yemenis and migrants caught up in crisis need urgent assistance

IOM is preparing to receive up to several hundreds of migrants in Al Hudaydah governorate, Yemen, trying to get out of harm’s way and escape the conflict.

Since late March 2015, when the conflict first erupted, IOM has been responding to the needs of vulnerable and stranded migrants in Yemen. The conflict’s frontlines remained relatively unchanged throughout 2016, resulting in more than 40,000 causalities and 3 million displaced Yemenis. This year the conflict has already shifted in a way that affects the popular routes that migrants from the Horn of Africa use to pass through Yemen headed for a Gulf country.

While the focus of IOM’s in-country partners remains on the growing number of vulnerable Yemenis internally displaced from Taizz to Al Hudaydah, migrants like Mohammed – a 14 year old from Ethiopia – are injured or killed alongside Yemenis, as the conflict enters its third year.

In 2016, IOM evacuated 2,562 migrants caught up in the conflict in Yemen, brought them back home to Ethiopia. IOM also provided a range of life-saving assistance to more than 21,000 vulnerable migrants in several Yemeni governorates.