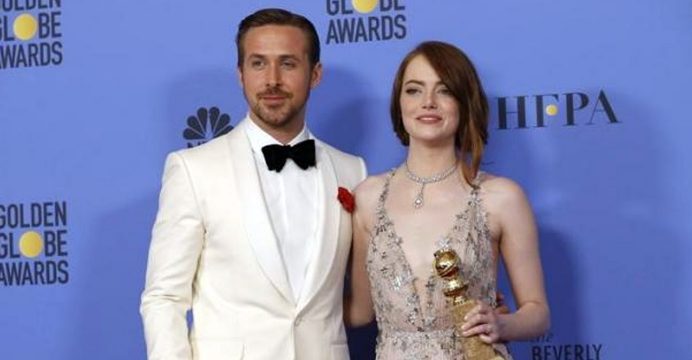 Hollywood producers named the musical “La La Land” the best film of 2016 on Saturday at a ceremony marked by criticism of President Donald Trump’s immigration policies.

The big win by “La La Land” at the 28th annual awards set up the film, which stars Ryan Gosling and Emma Stone, as an odds-on Oscar favorite, after it scored a record-tying 14 Oscar nominations earlier this month.

The Producers Guild of America (PGA), which is among the leading industry organizations representing makers of movies and TV shows, also named its best animated film which went to “Zootopia,” favorite documentary, won by “O.J.: Made in America” and honored Netflix’s “Stranger Things” as the top television drama.

Musician John Legend, a star of “La La Land”, criticized the new president’s executive order placing curbs on people arriving in the United States from certain Muslim-majority countries, which spawned protests and confusion at several U.S. airports on Saturday. “We encourage everybody out there to speak out against it,” Legend said.

Later, introducing the splashy, colorful musical film, Legend said “Our vision of America is directly antithetical to that of President Trump. I want to specifically tonight reject his vision and affirm that America has to be better than that.” 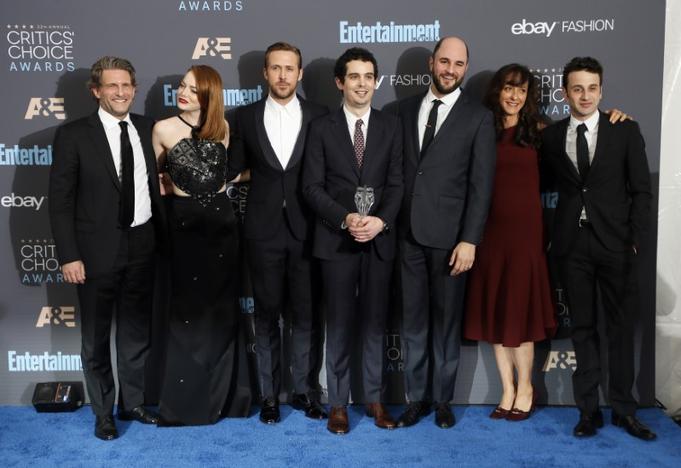 Accepting the award, “La La Land” producer Marc Platt continued in a similar vein, saying “It is the power of cinema fueled by free artistic expression that cannot be denied, that has no borders, and will never be banned from our hearts, our minds and our souls.”

In past years, PGA best film winners have often gone on to win the best picture Oscar, Hollywood’s big prize.

Among other honors for television productions, two FX shows prevailed, as another look at the famous O.J. Simpson murder case, “The People v. O.J. Simpson: American Crime Story,” won the producers’ award for long-form television and the comedy series award was won by “Atlanta.”

The Academy Awards will be bestowed on Feb. 26 to producers, directors, actors and actresses by the Academy of Motion Picture Arts and Sciences.