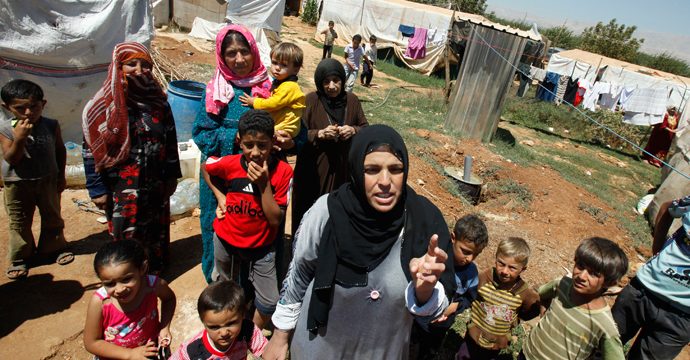 The United Nations refugee agency and International Organization for Migration (IOM) called on the Trump administration on Saturday to continue offering asylum to people fleeing war and persecution, saying its resettlement program was vital.

U.S. President Donald Trump on Friday put a four-month hold on allowing refugees into the United States and temporarily barred travelers from Syria and six other Muslim-majority countries, saying the moves would help protect Americans from terrorist attacks, reports Reuters.

“The needs of refugees and migrants worldwide have never been greater and the U.S. resettlement program is one of the most important in the world,” the two Geneva-based agencies said in a joint statement. 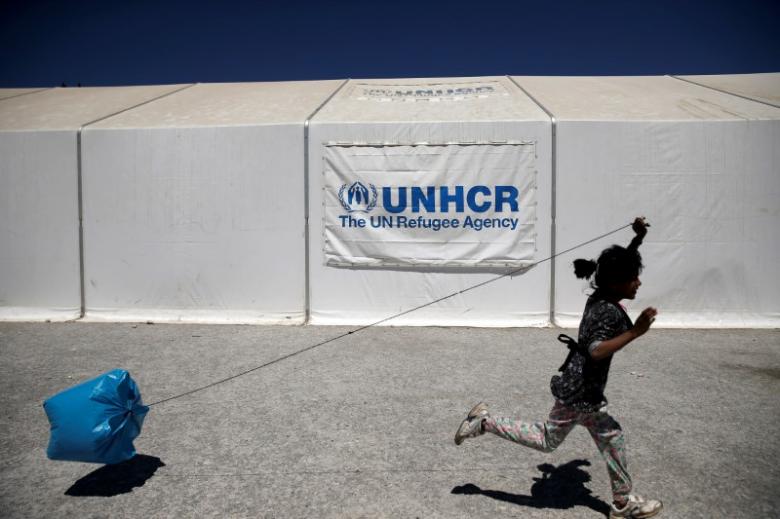 A girl plays with a plastic bag as she runs past a United Nations High Commissioner for Refugees (UNHCR) tent, at a camp for refugees and migrants in Schisto, near Athens, Greece

Trump stopped the entry of travelers from Syria and the six other nations – Iraq, Iran, Sudan, Libya, Somalia and Yemen – for at least 90 days, saying his administration needed time to develop more stringent screening processes for refugees, immigrants and visitors.

IOM and UNHCR said that they remained committed to working with the U.S. administration towards a shared goal of ensuring “safe and secure resettlement and immigration programmes”.

“We strongly believe that refugees should receive equal treatment for protection and assistance, and opportunities for resettlement, regardless of their religion, nationality or race,” they said.

Resettlement places provided by every country for vulnerable refugees, some of whom require special medical treatment not available in their first country of asylum, are vital, the agencies said. More than 30 countries take part in the program, which starts with vetting by the UNHCR.

The agencies hoped “that the US will continue its strong leadership role and long tradition of protecting those who are fleeing conflict and persecution”.

Some 25,000 refugees were resettled in the United States between October and year-end under UNHCR’s program for the most vulnerable, the agency said on Friday.