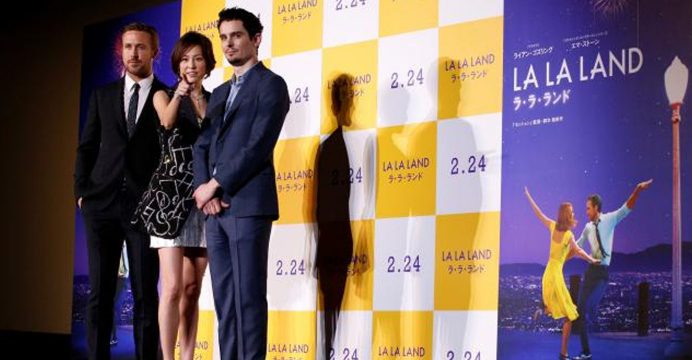 Actor Ryan Gosling and director Damien Chazelle stressed the collaboration that went into making their Oscar-nominated film “La La Land”, at their first news conference following the release of nominations on Friday.

“This was such a labor of love to make and it was a real team effort,” said 32-year old director Chazelle, who is poised to become the youngest ever Best Director Oscar winner.

“There were an incredible number of people who came together at the heights of their crafts and really pushed themselves beyond their limit to make this film. So I was really pleased that so many of those people got recognized”, he said before breaking open a celebratory barrel of sake with Gosling. 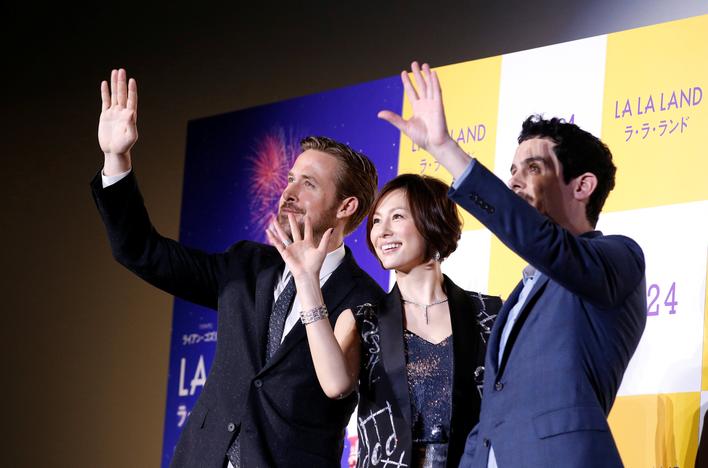 “La La Land” became the movie to beat at the Academy Awards after earning 14 nominations on Tuesday, in a diverse list that silenced the #OscarsSoWhite controversy of the last two years.

With nominations that include best picture, actor, actress, director, score and screenplay, the musical about a struggling actress, played by Emma Stone, and her jazz pianist boyfriend, played by Gosling, equaled the record set by the 1997 blockbuster “Titanic” and the 1950 film “All About Eve”.

The musical, which has raked $174 million worldwide, will be released in Japan on February 24.

Jimmy Kimmel will host the Academy Awards ceremony in Hollywood on Feb. 26.