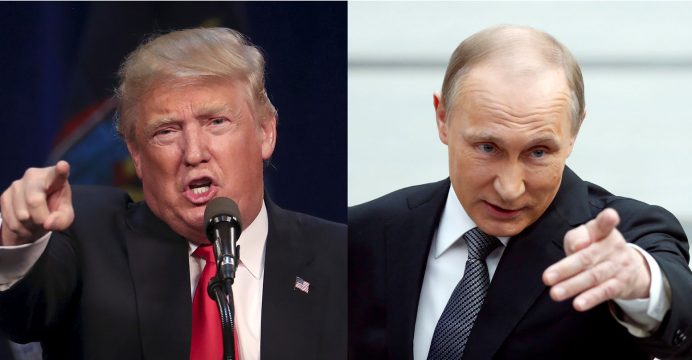 Russian President Vladimir Putin and U.S. President Donald Trump are likely to discuss the sanctions that Washington imposed on Russia over the conflict in Ukraine when the two leaders speak by telephone on Saturday, a senior White House aide said.

Trump has said in the past that, as part of a rapprochement he is seeking with Russia, he is prepared to review sanctions that his predecessor, Barack Obama, imposed on Russia over its 2014 annexation of Ukraine’s Crimea Peninsula, reports Reuters.

That move would face resistance from both influential figures in Washington and foreign leaders who believe sanctions should only be eased if Moscow complies with the West’s conditions on Ukraine. 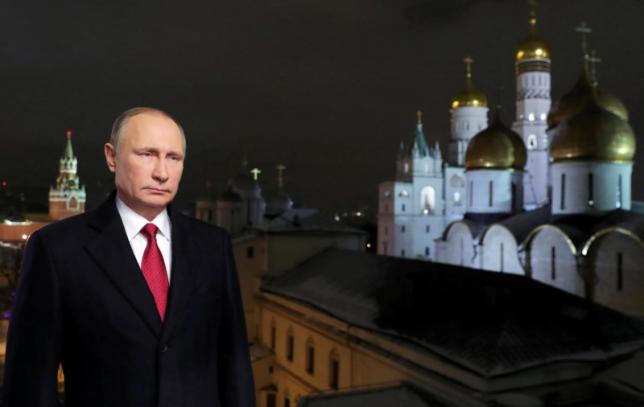 Among the U.S. sanctions causing the most pain to Russia are those targeting its financial services, limiting the Russian economy’s ability to raise debt, and its energy companies.

On the same day he speaks to Putin, Trump will have telephone conversation with German Chancellor Angela Merkel and French President Francois Hollande, White House spokesman Sean Spicer wrote in a Tweet. Both Hollande and Merkel have argued that it is premature to ease the sanctions.

Trump senior aide Kellyanne Conway said in U.S. television interviews on Friday that Trump and Putin would likely discuss a range of issues, including joint efforts to combat terrorism.

Asked on FOX News’s “Fox & Friends” program to comment on suggestions that the Obama administration sanctions would be on the agenda, Conway said: “All of that is under consideration.”

The call will be the first between the Russian and U.S. leaders since Putin called Trump to congratulate him on his election victory in November.

It is a first step towards what Trump has billed as a normalization of relations after three years of tensions sparked by the conflict in Ukraine.

Trump and Putin have never met and it was unclear how their very different personalities would gel. Trump is a flamboyant real estate deal-maker who often acts on gut instinct, while Putin is a former Soviet spy who calculates each step methodically.

Both have spoken about ending the enmity that has dragged U.S.-Russia relations to their lowest ebb since the Cold War.

Trump is under intense scrutiny at home from critics who say he was elected with help from Russian intelligence — an allegation he denies — and that he is too ready to cut deals with a country that many of his own officials say is a threat to U.S. security.

Putin’s spokesman Dmitry Peskov, said the Russian leader would use the call to congratulate Trump on taking office and to exchange views on U.S.-Russian ties.

Asked by reporters if Ukraine would come up, Peskov said: “This is the first telephone contact since President Trump took office, so one should hardly expect that (it)…will involve substantive discussions across the whole range of issues.

If Putin and Trump can establish a rapport, it could pave the way for deals on Ukraine and Syria, two sources of friction during the administration of Barack Obama.

For the Russian leader, there is much to gain. Putin is expected to run for re-election next year, but is hampered by a sluggish economy. A softening or removal of sanctions would allow Western investment and credit to flow in, lifting growth and strengthening Putin’s election prospects.

Any move by Trump to ease sanctions would create a dilemma for the European Union, which has its own set of sanctions against Russia linked to the Ukraine crisis.

Some governments in Europe are sympathetic with Trump’s stance and keen for relief from sanctions that are hurting trade with Russia. Others in the bloc believe Moscow has not met the conditions for the sanctions to be lifted.

Merkel, who faces a re-election battle, has invested considerable political capital in keeping the EU aligned behind the sanctions.

A German diplomat told Reuters last month: “If Trump lifts the sanctions, I fear the consensus in Europe would crumble.”

Merkel and French President Francois Hollande met in Berlin on Friday, underlining the challenges for European unity in the face of a new U.S. president who has promised to shake up the status quo in international affairs.

“Let’s say it honestly, there is the challenge posed by the new U.S. administration, regarding trade rules and what our position will be on managing conflicts in the world,” Hollande, who will leave office after an April-May election, told reporters.