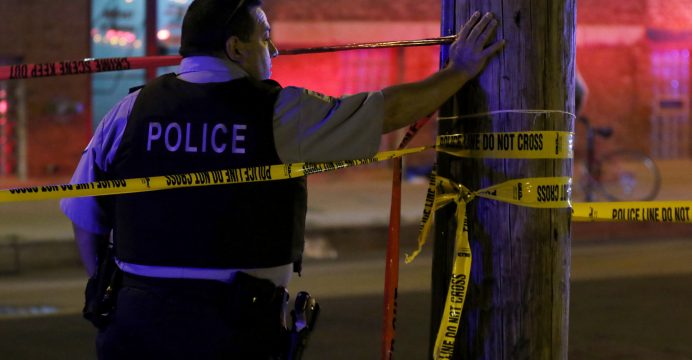 Six shot during vigil for gunshot victim in Chicago

A 12-year-old girl was among six people shot on Wednesday evening during a vigil in Chicago for a gunshot victim, local media said, the day after U.S. President Donald Trump threatened federal intervention to tackle gun violence in the city.

The shooting occurred at a restaurant in the Greater Grand Crossing neighborhood, where people were gathered to mourn the death of Jamayah Fields, 20, who was shot and killed on Monday, the Chicago Tribune reported.

A gang found out about the memorial event on social media and targeted someone who was attending, community activist Jedidiah Brown told the newspaper, reports Reuters.

The six people shot were all being treated at local hospitals, a Chicago Police Department spokesman said.

A 16-year-old boy shot in the neck was in serious condition. The other five were stable, including the 12-year-old girl who suffered a graze wound to her head.

No one was in custody for the shooting, the spokesman said.

Chicago, with a population of 2.7 million, registered more shootings and homicides last year than any other U.S. city, according to FBI and Chicago police data, and its murder clearance rate – a measure of solved and closed cases – is one of the country’s lowest.