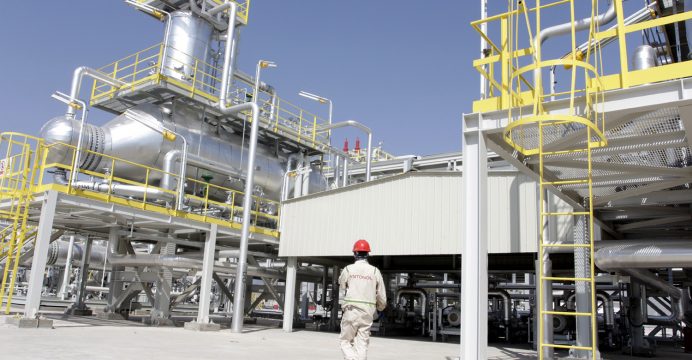 Kazakhstan has agreed to continue talks about a tax dispute with the Karachaganak consortium of oil majors led by Shell and Eni despite beginning arbitration proceedings, the Kazakh Energy Ministry said on Thursday.

Quoting minister Kanat Bozumbayev, a ministry spokesman said the sides had agreed in December to extend talks by nine months and Kazakhstan might stop the arbitration if it was satisfied with the consortium’s offer.

The energy ministry has said the dispute was about calculations of the parties’ shares in the field’s output.

Eni and Shell  each own 29.25 percent of the Karachaganak project in northwest Kazakhstan, which they jointly operate. State-owned KazMunayGaz owns 10 percent, Chevron Corp 18 percent and Lukoil 13.5 percent.

Karachaganak produced 78.8 million barrels of liquid hydrocarbons in the first half of 2016, up 11.3 percent from the same period a year earlier.

The field contains 1.2 billion tonnes of oil and gas condensate and more than 1.35 trillion cubic meters of gas, making it one of the world’s largest oil and gas deposits.